Aint a big writer but hopefully its readable :) and I am sorry if its pictureheavy.. Its just fun to document all the steps.. Could help someone someday, who knows? Anyway!

Bought a troublesome Dodonpachi PCB on eBay a little while ago that were glitching up and resetting a lot. Didn't even boot properly  unless I raised the voltage but as we know the boards aint that happy about voltages above 5.1v and I don't  want to fry this wonderful game.. Anyway, here are some shots of it before the repair was started. 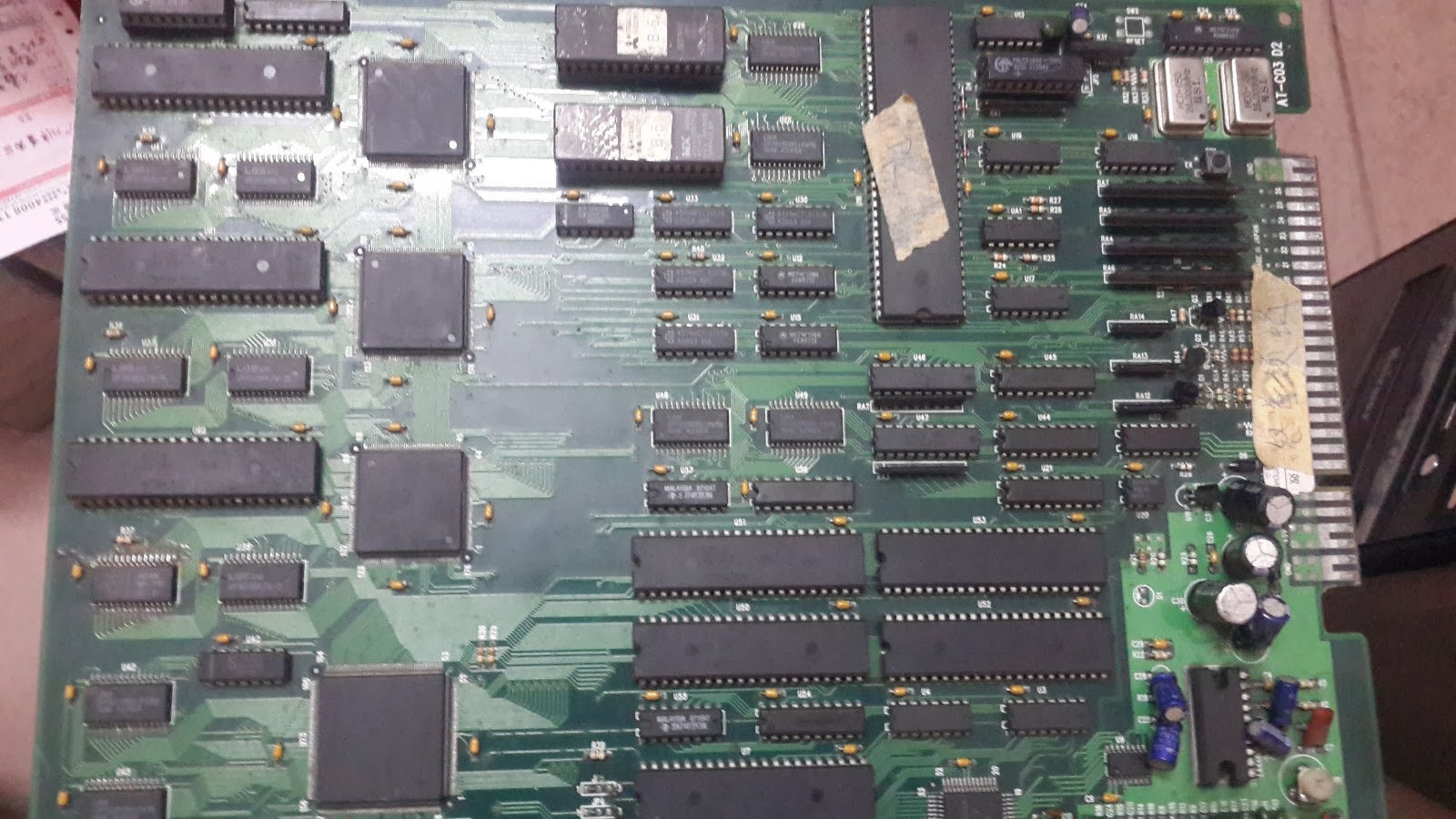 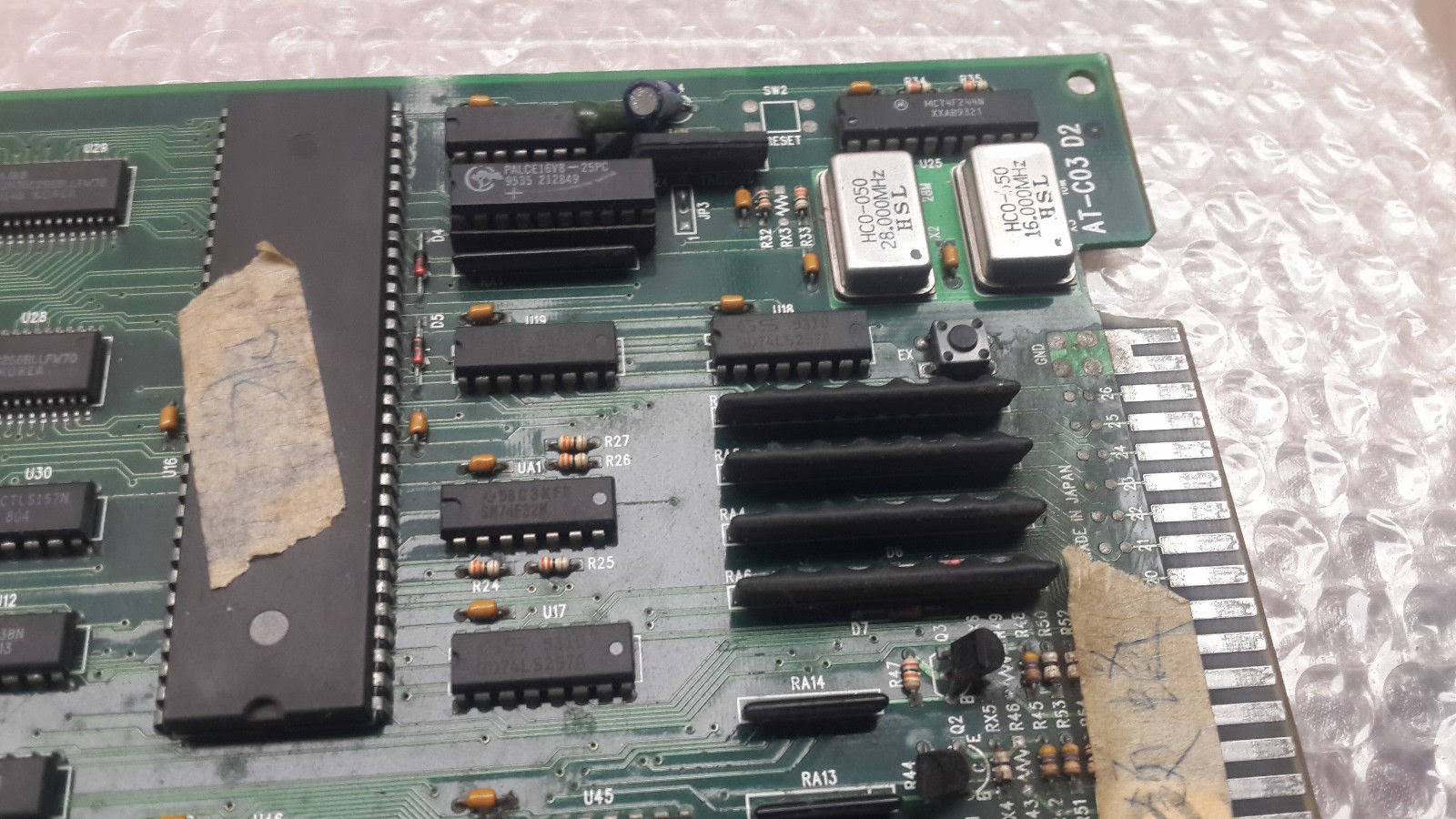 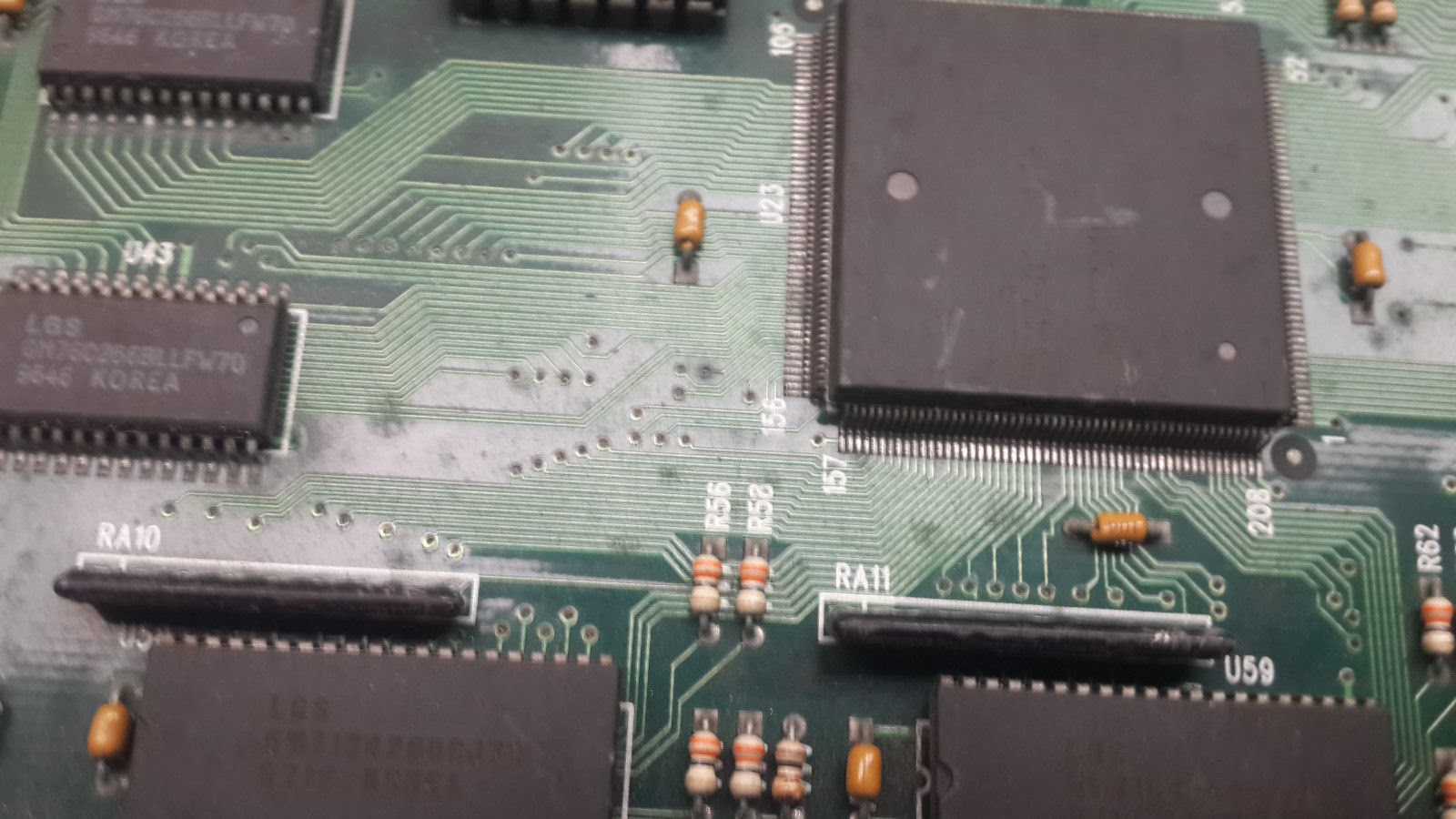 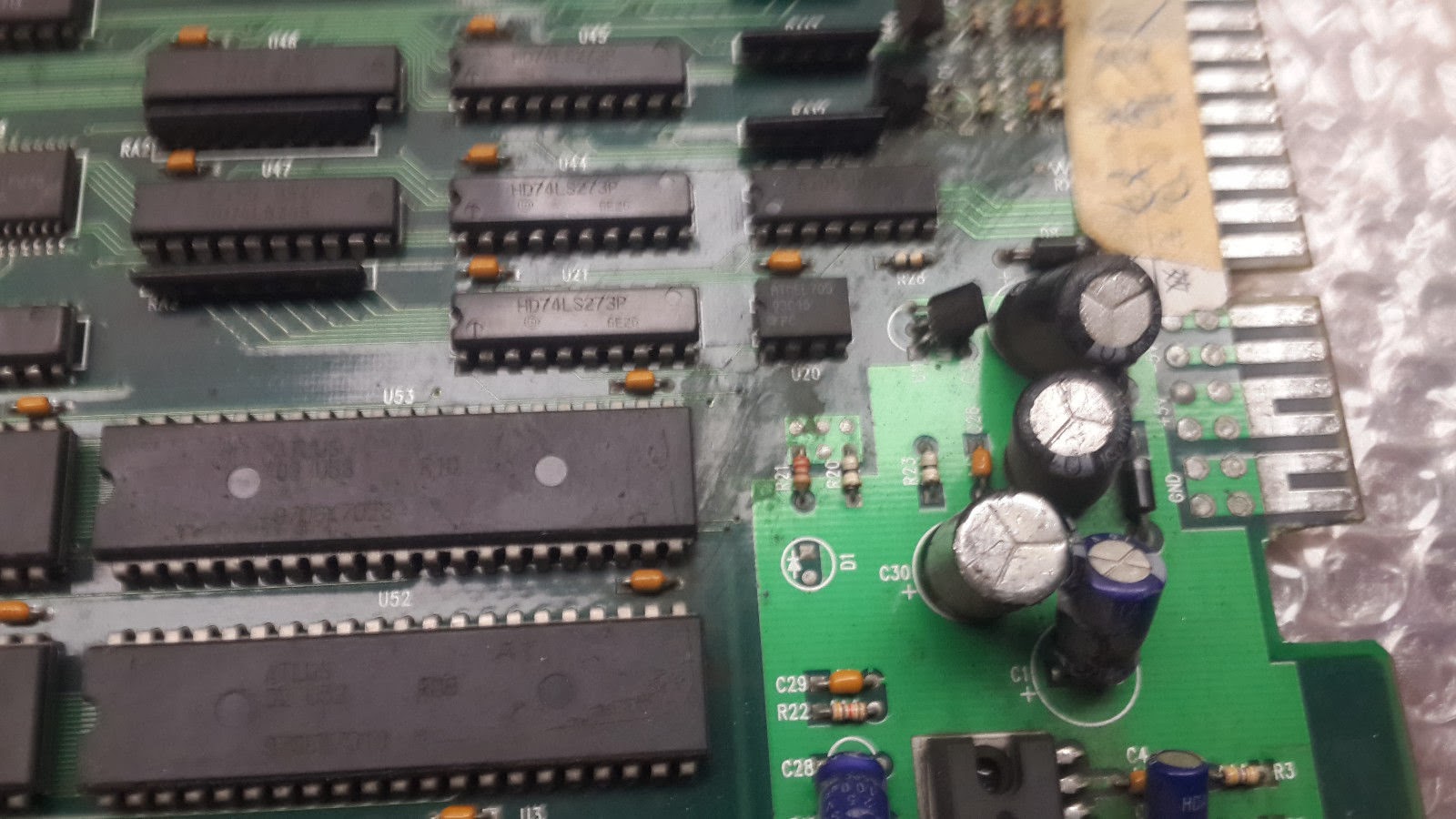 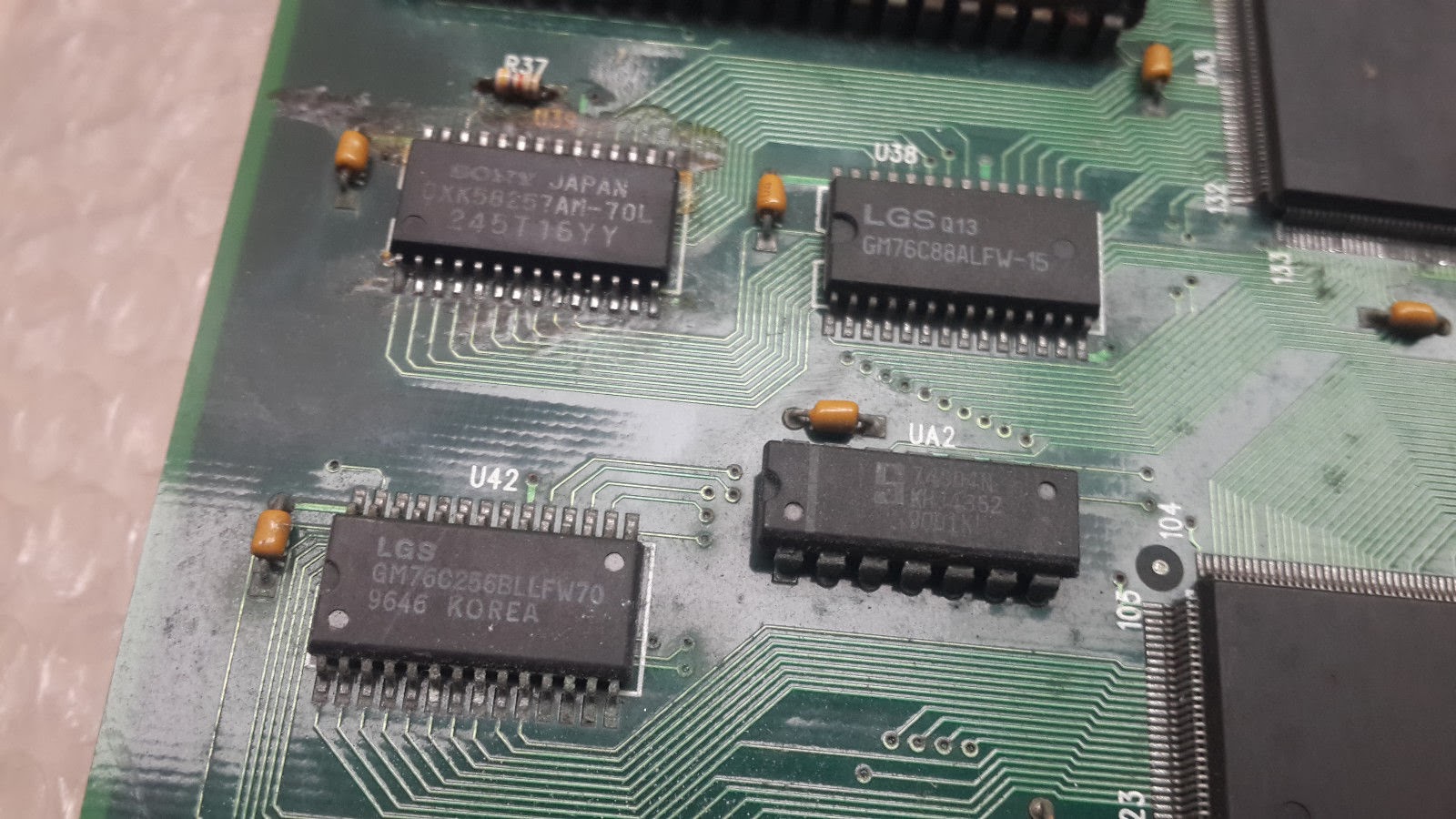 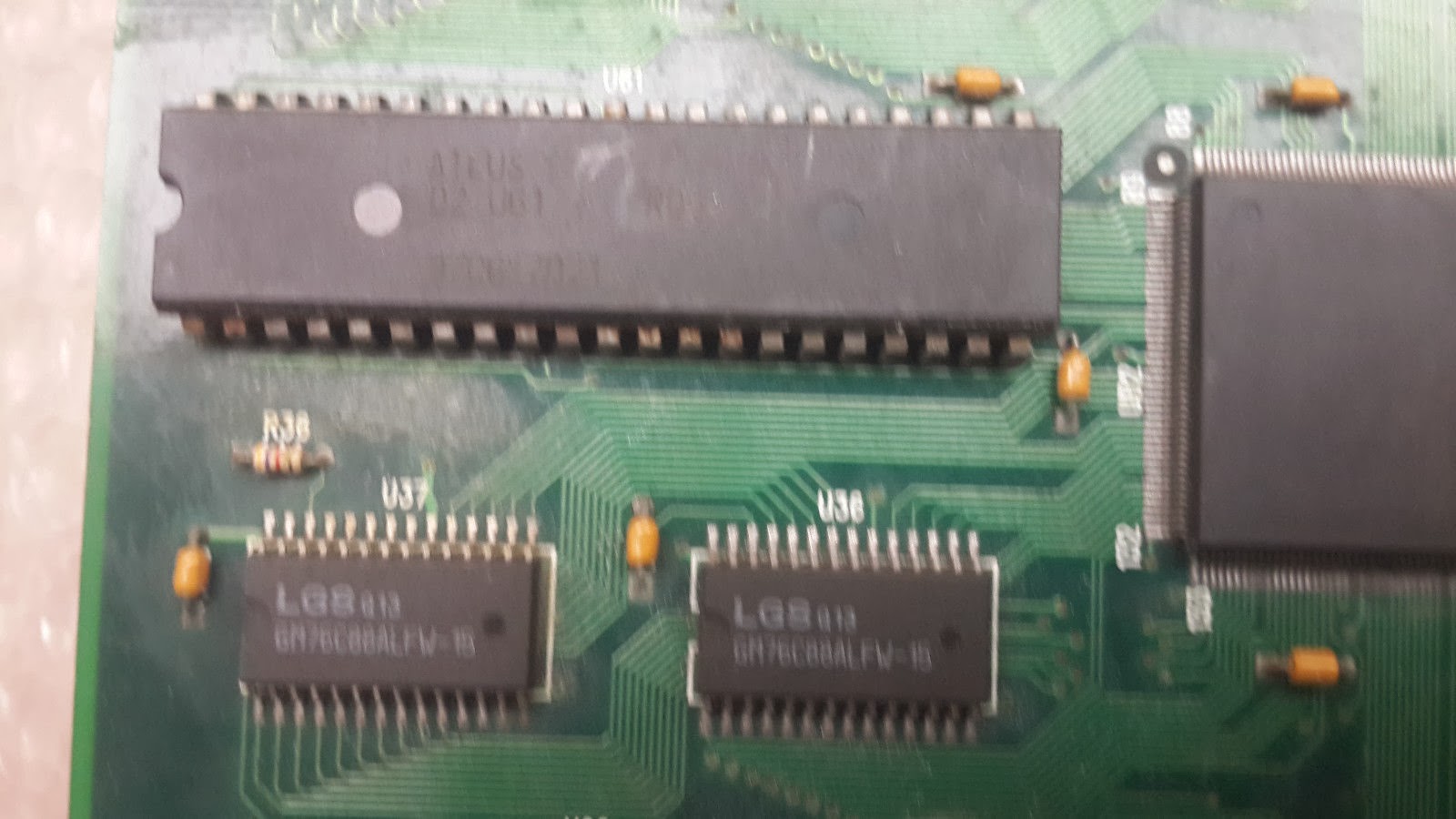 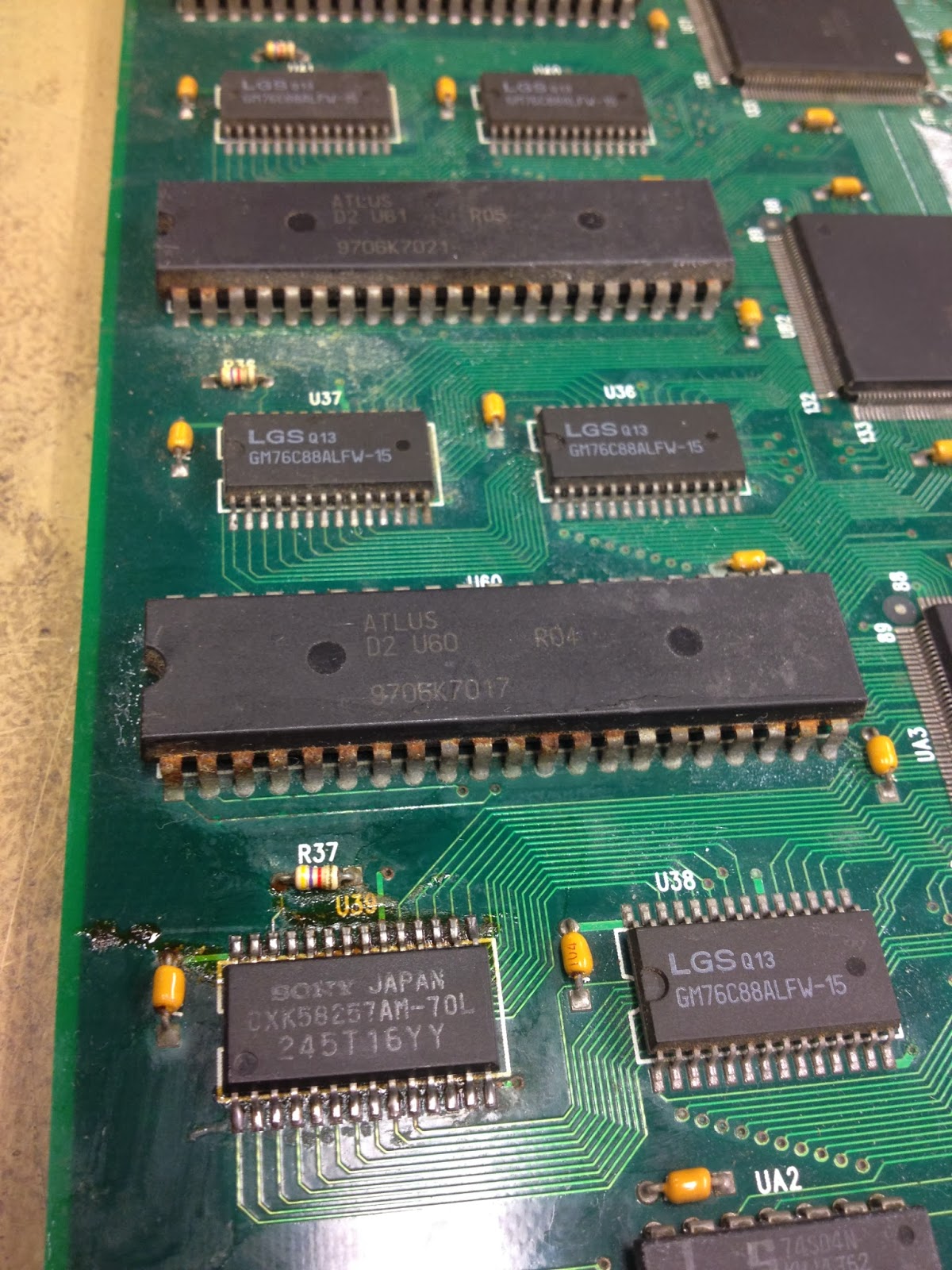 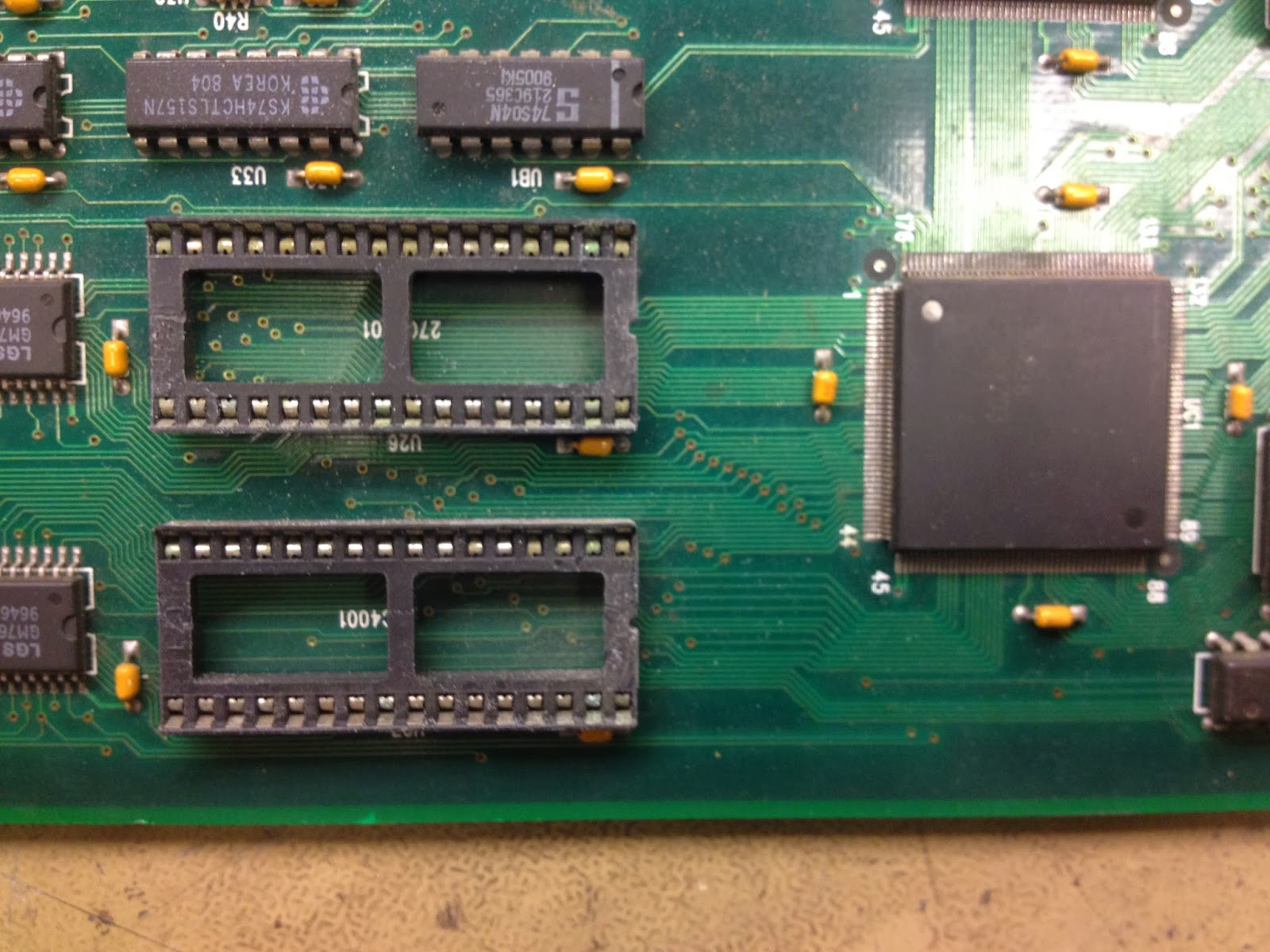 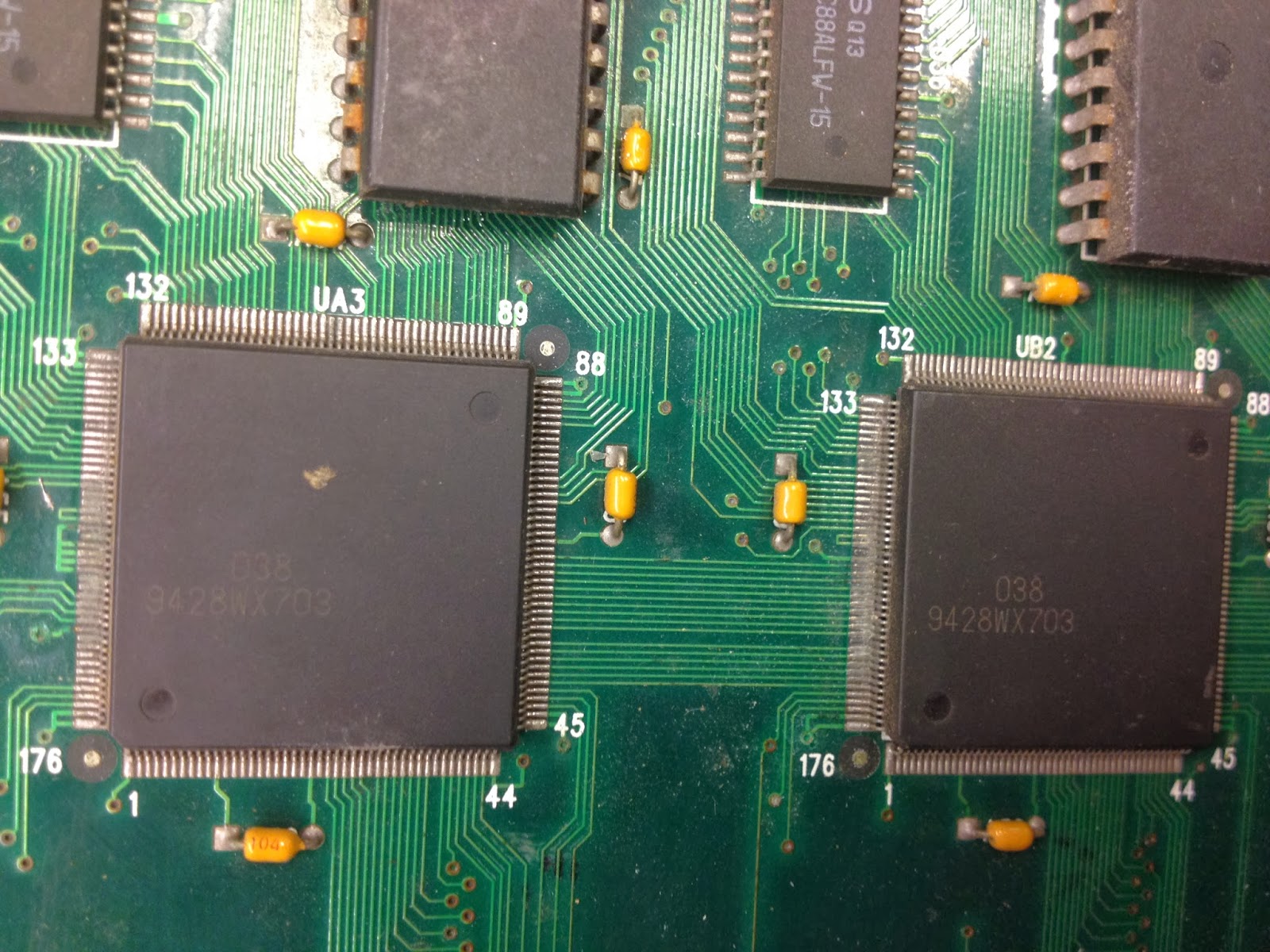 Wow.. Thats one sad pcb.. But luckily I have the tools to clean it, and the rust or whatever that was was really only lightly on the surface of the pins. So step one was to clear all the crap! So I put it in our special pcb cleaner.. The sink, and started cleaning everything with a small brush and some liquid we use for cleaning pcbs at my company.

A little while later I realized that I didn't remove the 2 PALCE ICs so had to put it back on the bench and remove those too, and gave it one more good clean!
After that its time for some heat! In you go! 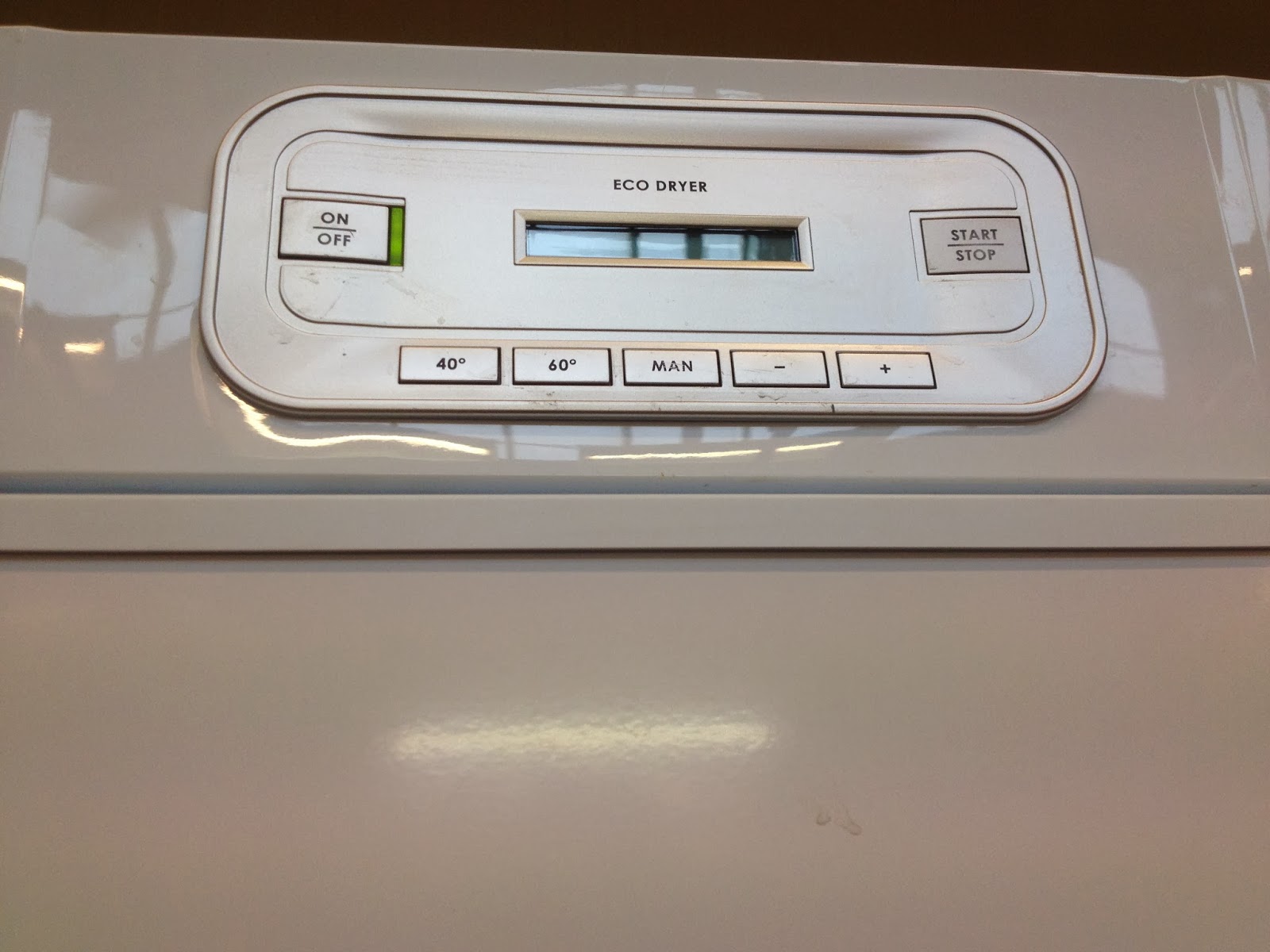 60 degrees for about 2 hours, and then step 2, is to put it in a vacuum oven! Gogogo Do your best you have ever done! 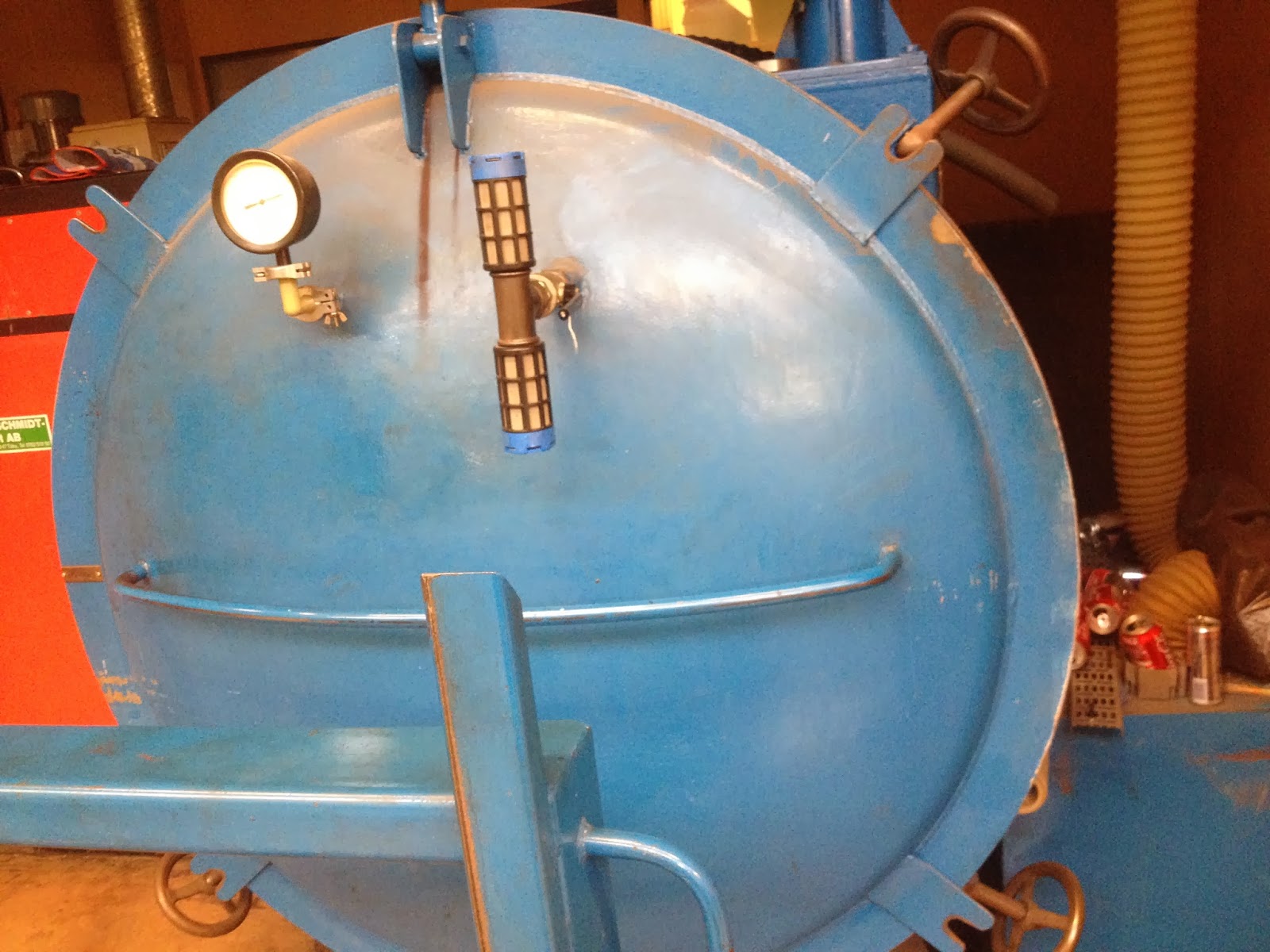 About 40 mins later its time for inspection number 2! This time without all the shit on the board! Hmm looking better now.. But still the capacitors are in bad shape and the big customs might have some shorted legs still if they aren't clean enough.. First up is a picture of the magic of a good clean and a Fiberglas pen! 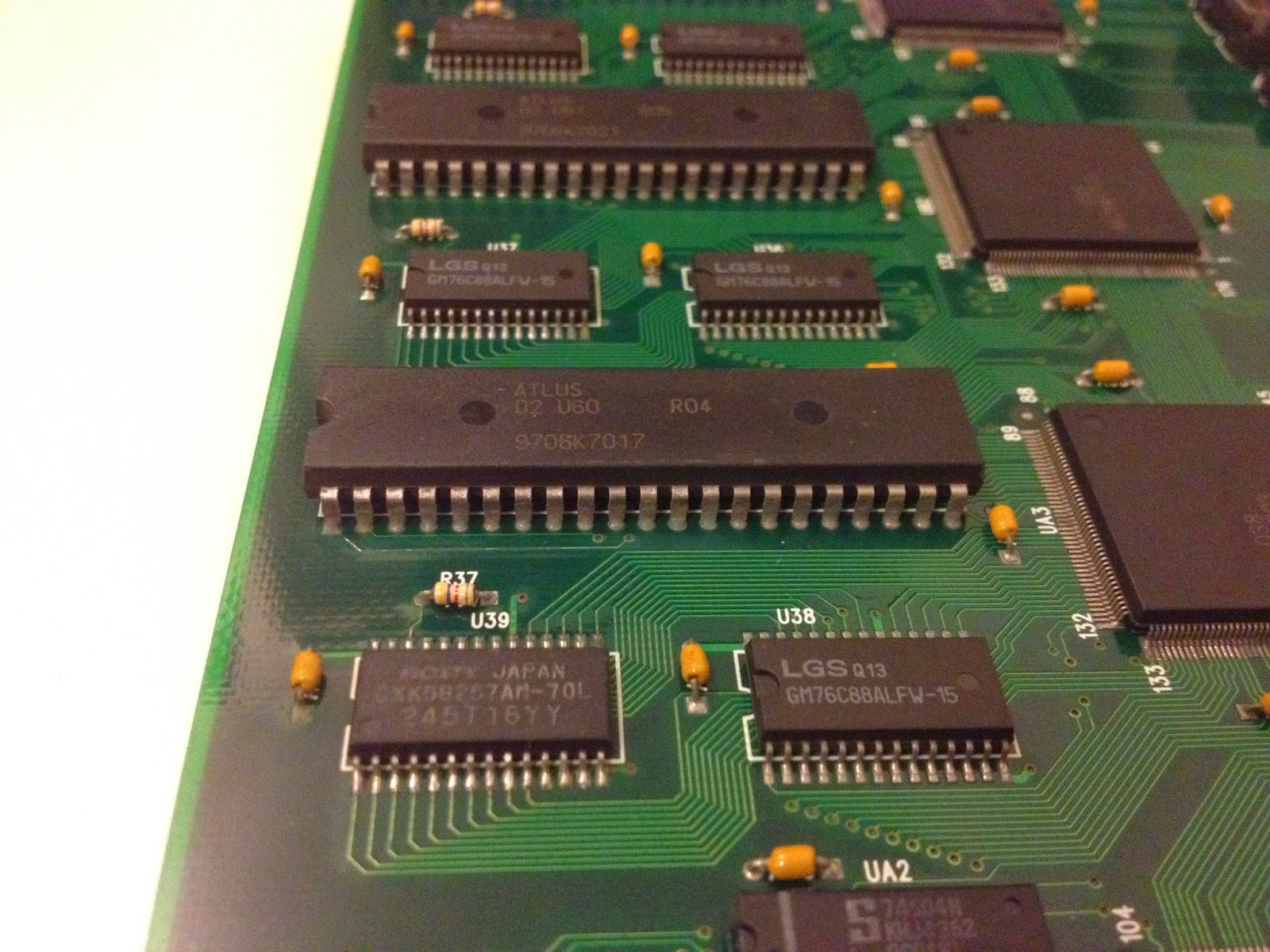 Second is a shot at the capacitors.. They all seemed a bit knocked around and luckily I had all the values for these ones at home already since I have done quite a lot of recaps lately on CPS1, PGM, SPI motherboards! 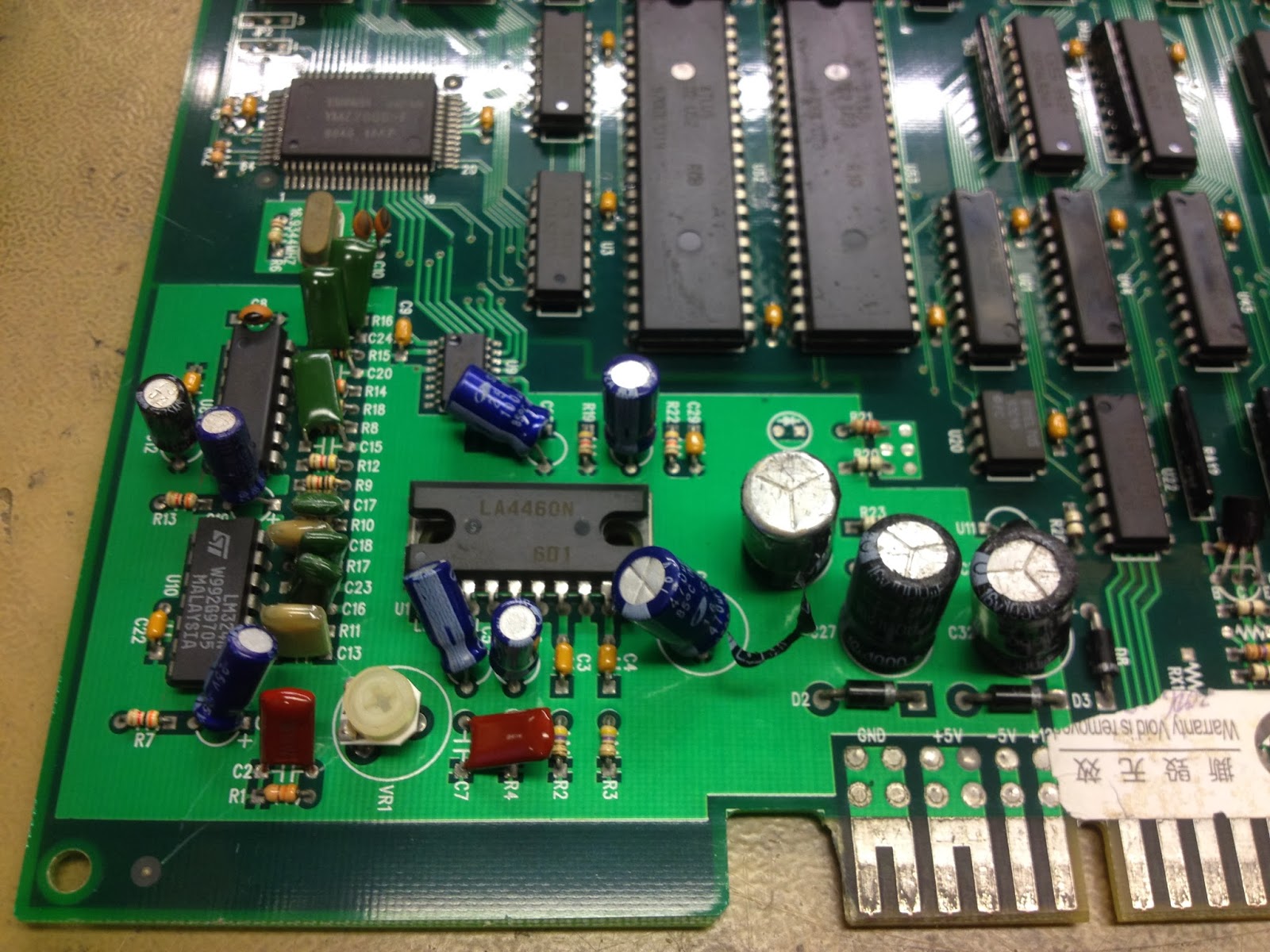 So out you go suckers! See you in the afterlife. 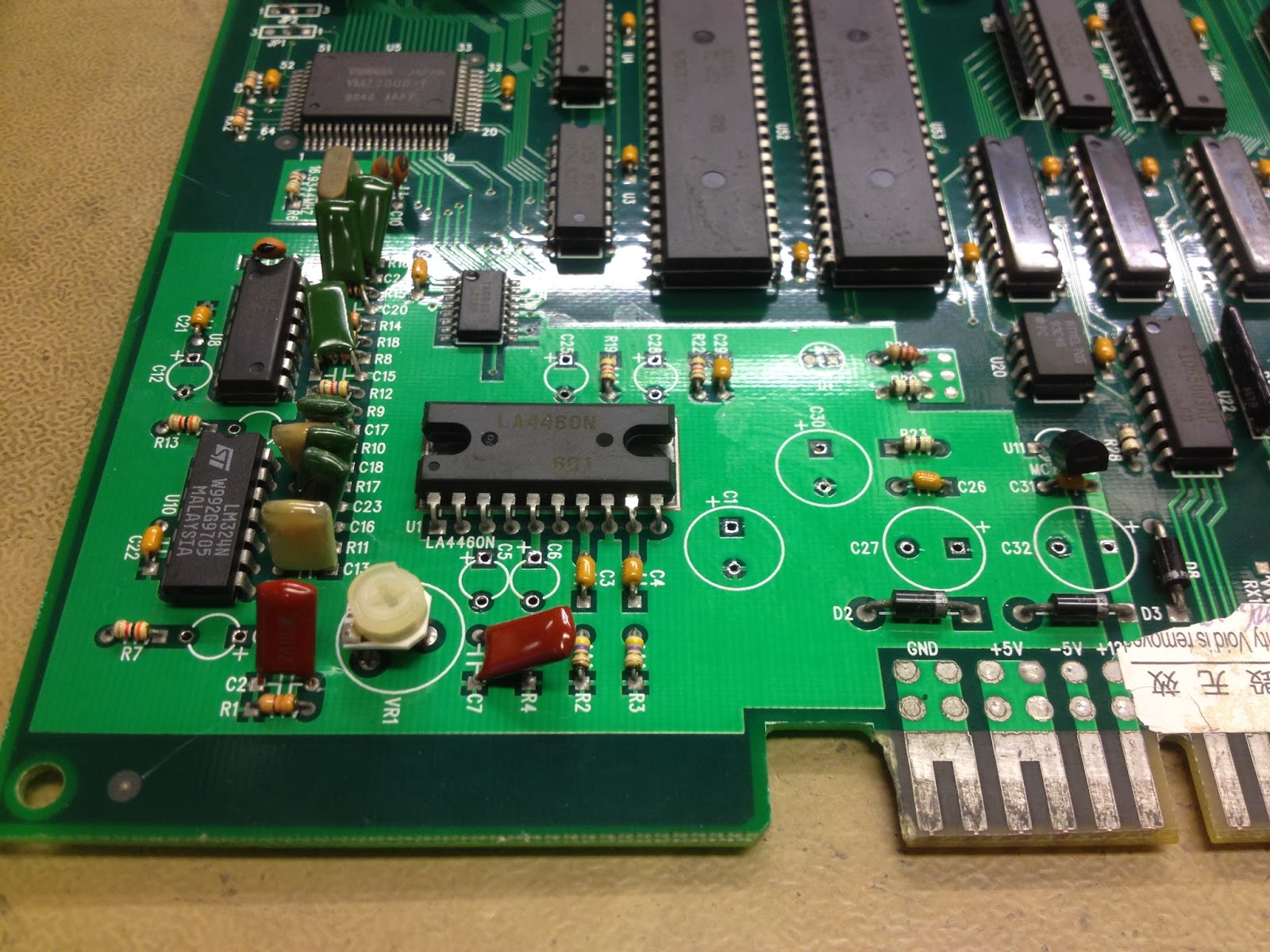 At this time I didn't think about checking the volume pot, but more about that later on.
Took all the capacitors to the trusty ol Hameg HM8118, and the most interesting one would be the filtercapacitor on the incoming +5v (C27).. and that one is a 1000uF / 16v Standard capacitor, and it shows.. 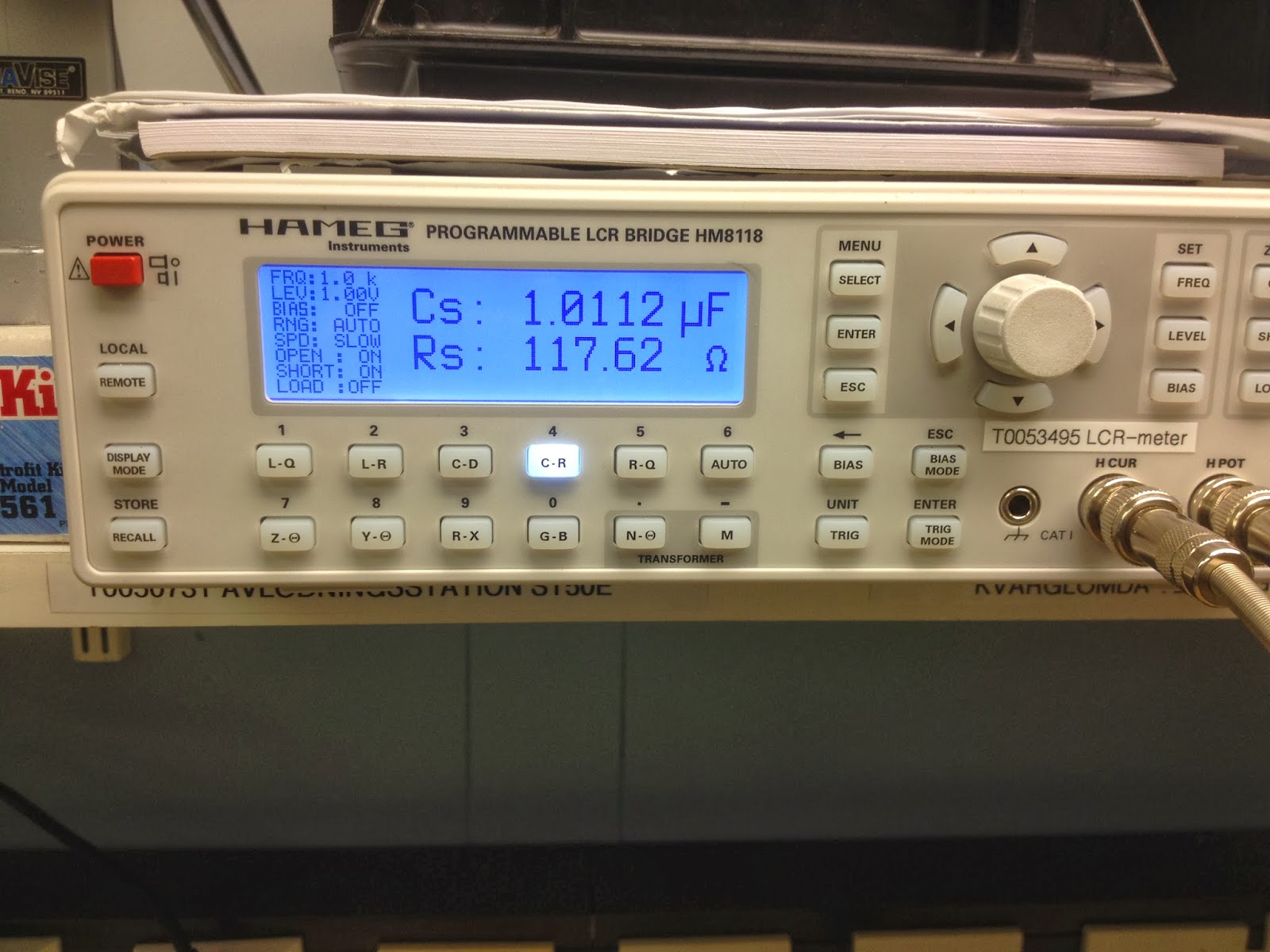 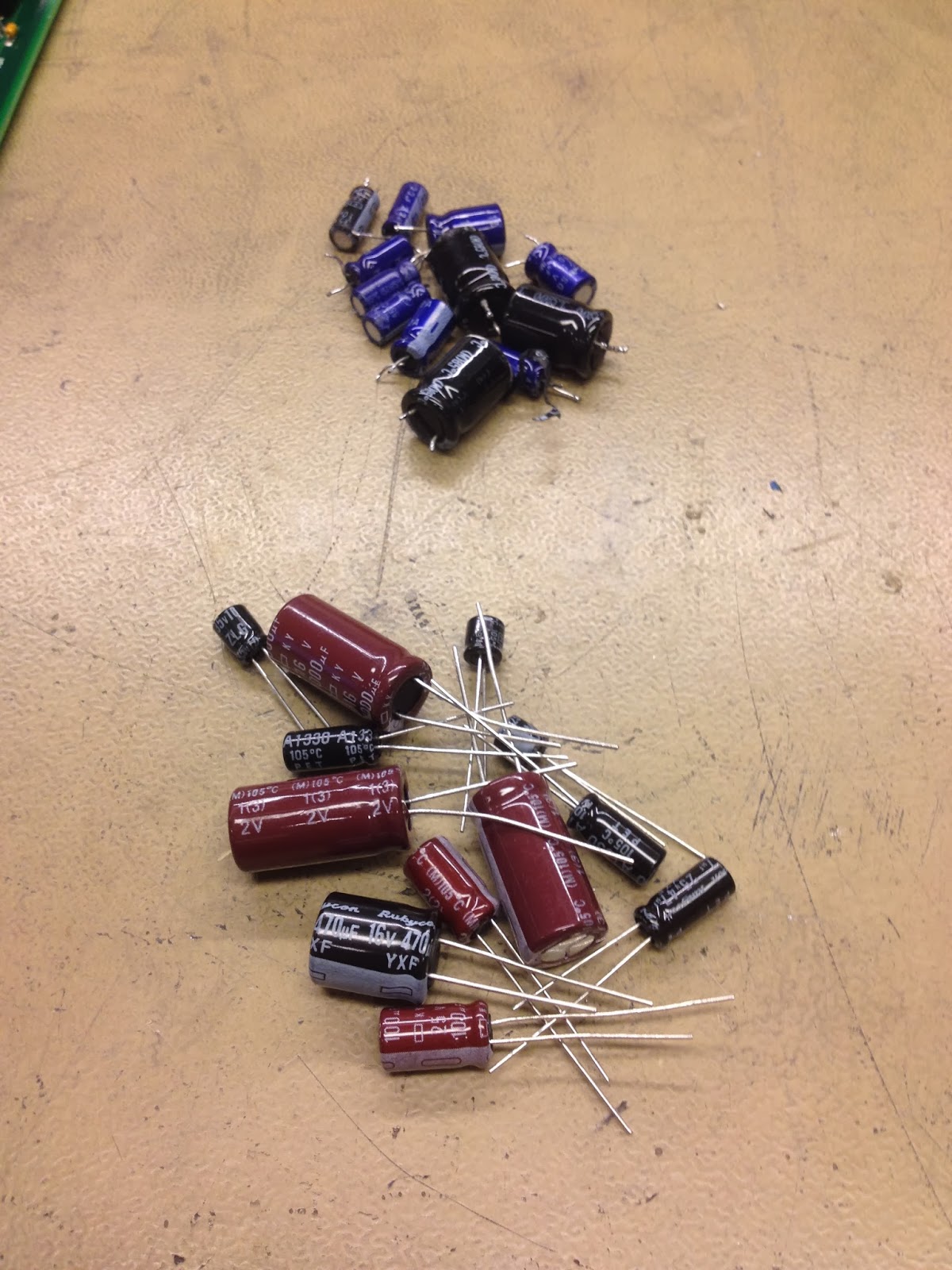 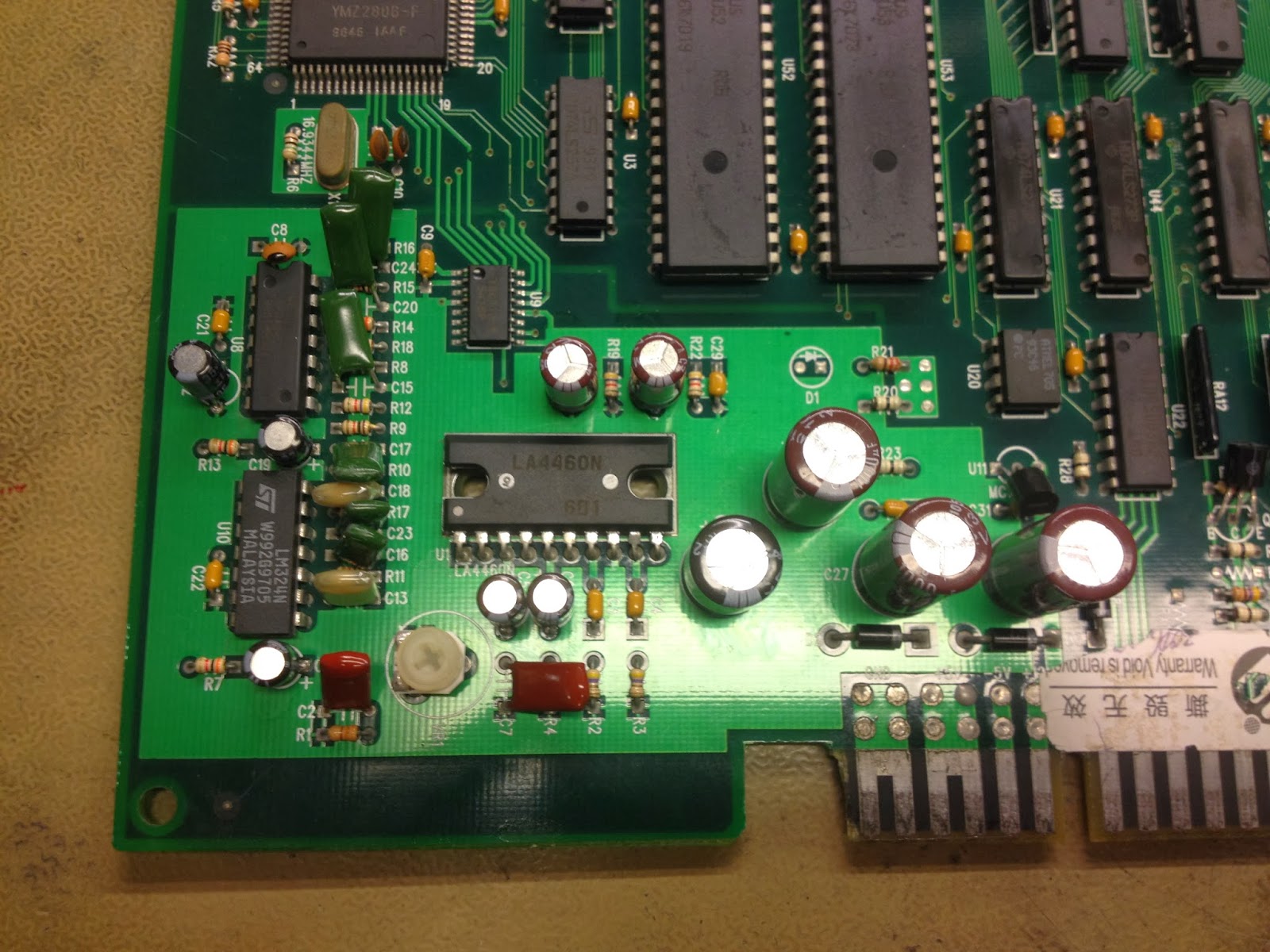 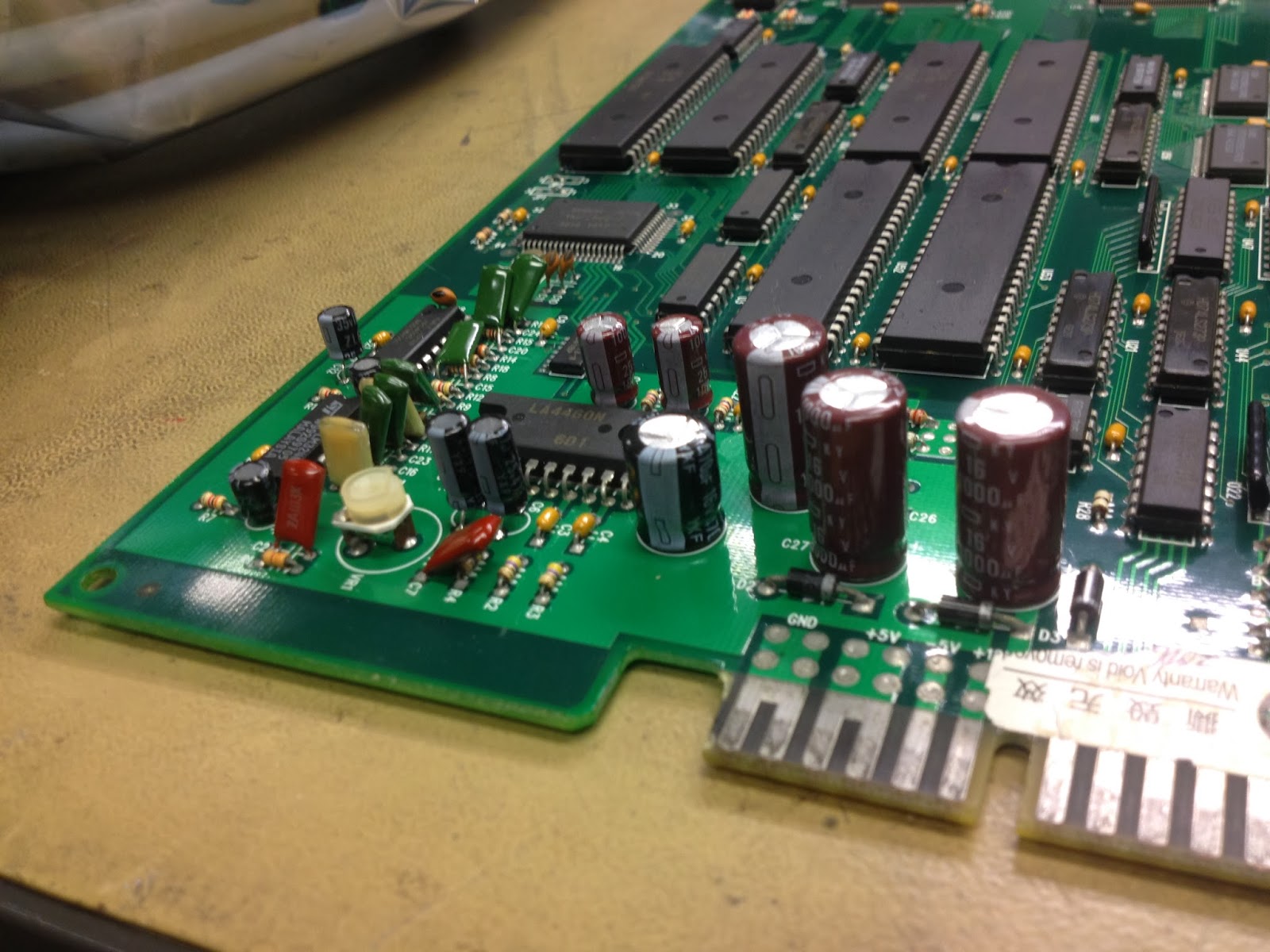 Starting up now gives us a beautiful and stable picture, BUT, the sound is terrible! :(.. cant even lower it properly.. still high.. and if i turn it as low as possible, it gets high again?! what the? Whats up then mr sound potter.. 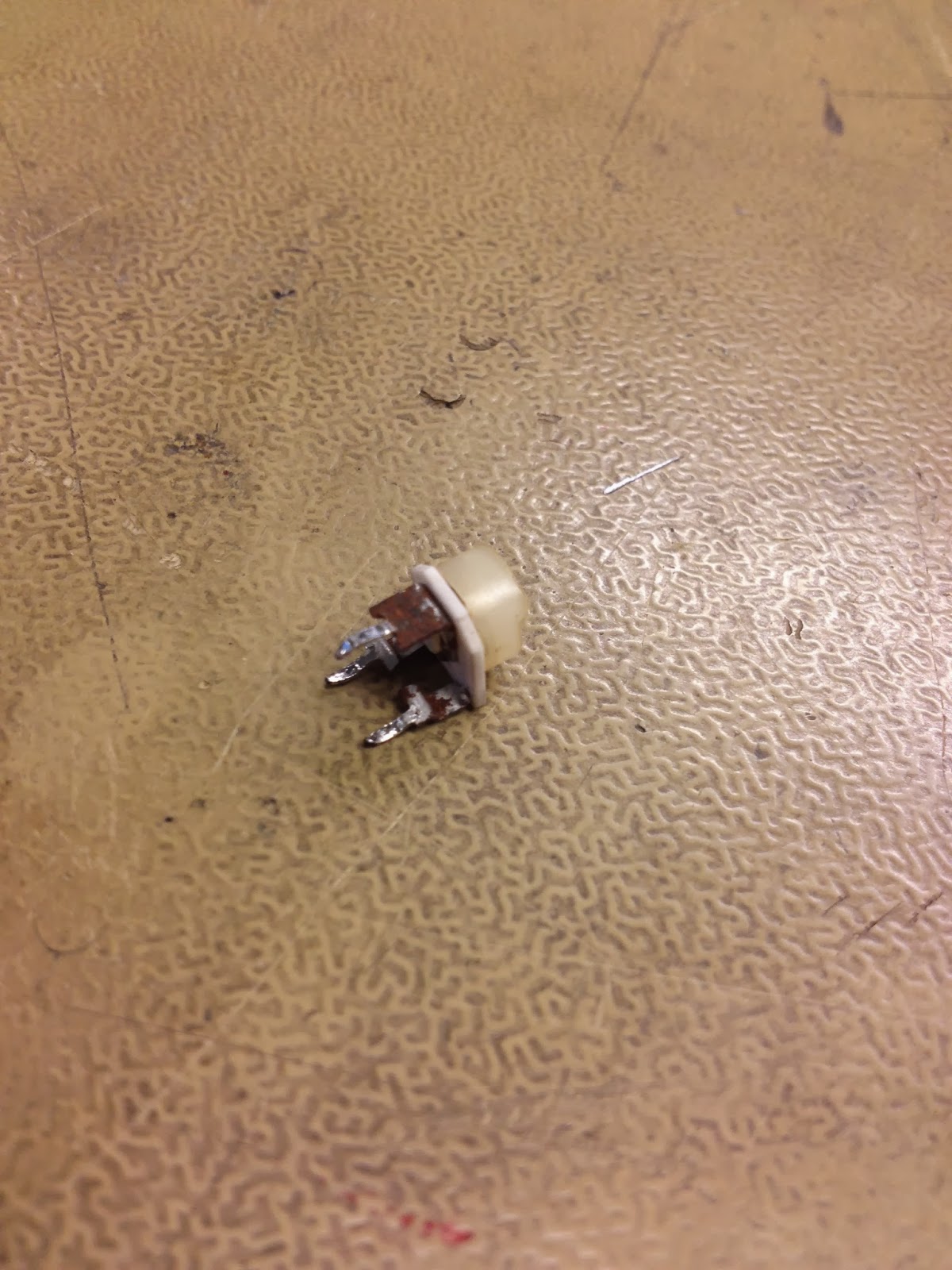 All rusty and cranky.. going as low as about 100 Ohm, but lowering more suddenly jumps to 9k! This is supposed to be a 10kOhm pot, so lets pop in a new one!
Problem was that i had too many to choose from.. I really wanted a pot with a proper knob.. Dont wanna in fiddeling with the screwdriver. 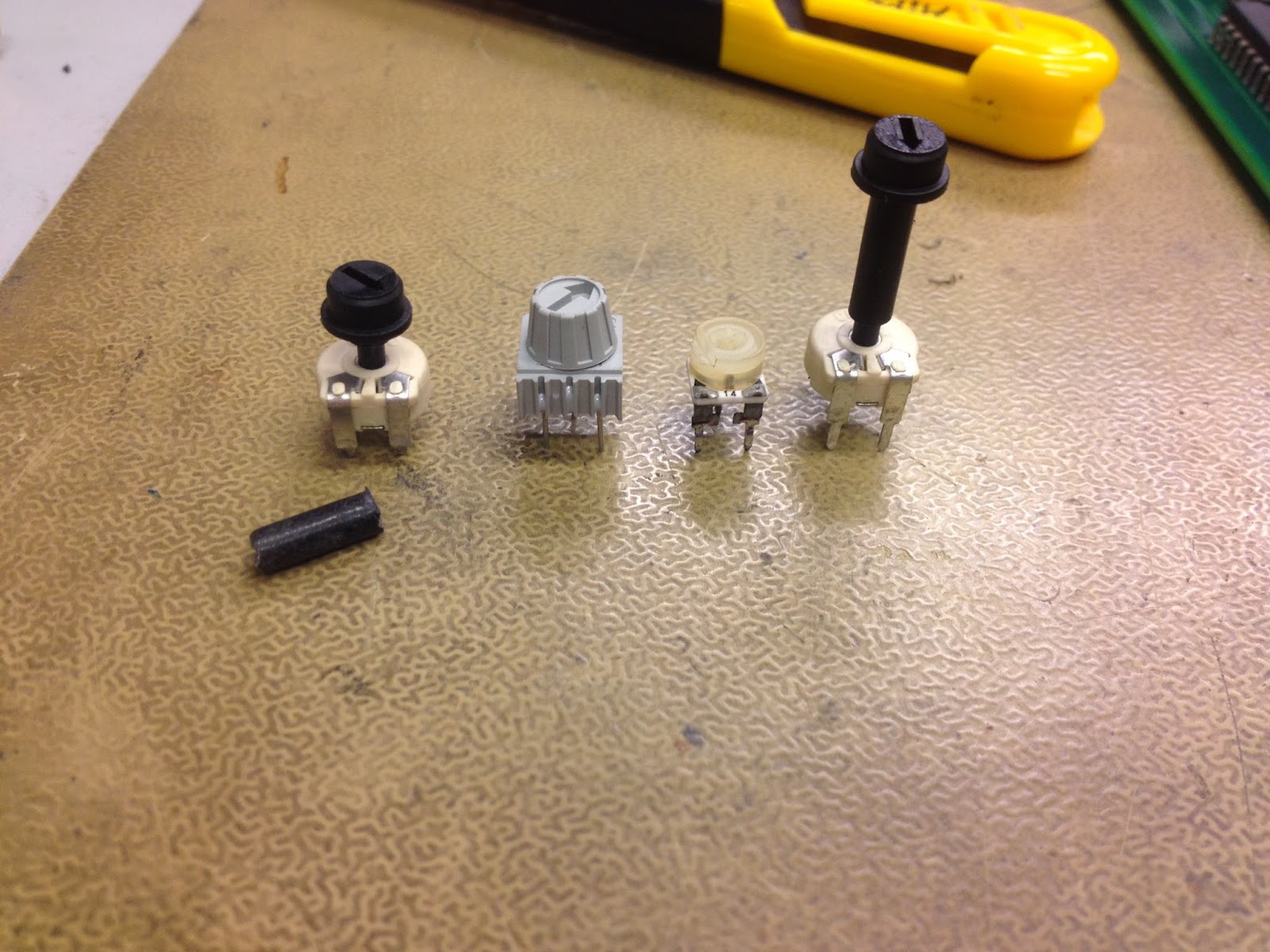 After some cutting, mixing, and gluing I got these 3 to choose from.. Dont mind the original, its just there for size reference :). After alot of thinking I choose the one to the far left :D. So now the PCB works, and sounds like a charm!! Have a look! (I know that the solderjoints are quite dull on the 4 hybrids, but the all look OK under the microscope and there is no dirt in between the pins anymore!) 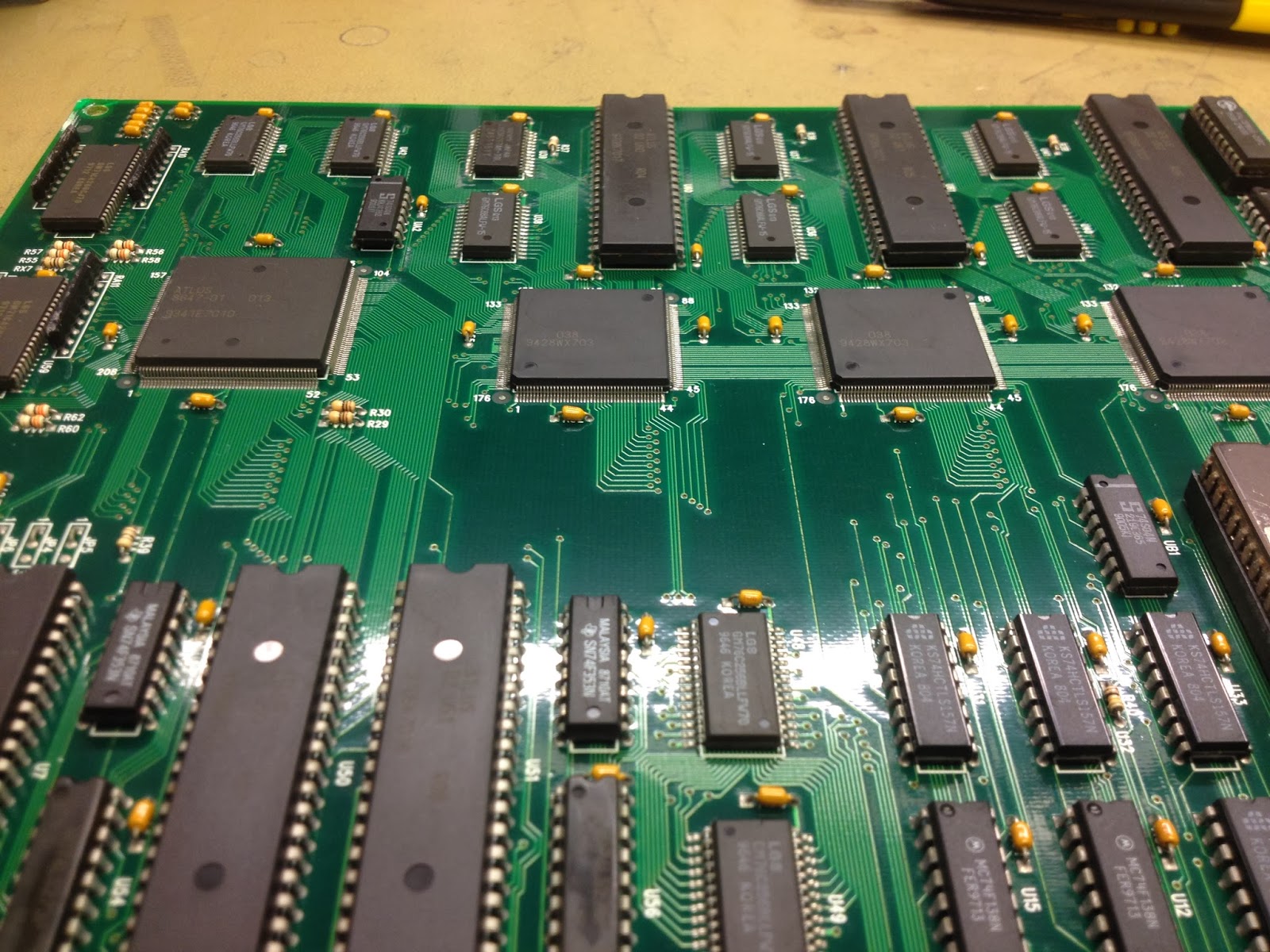 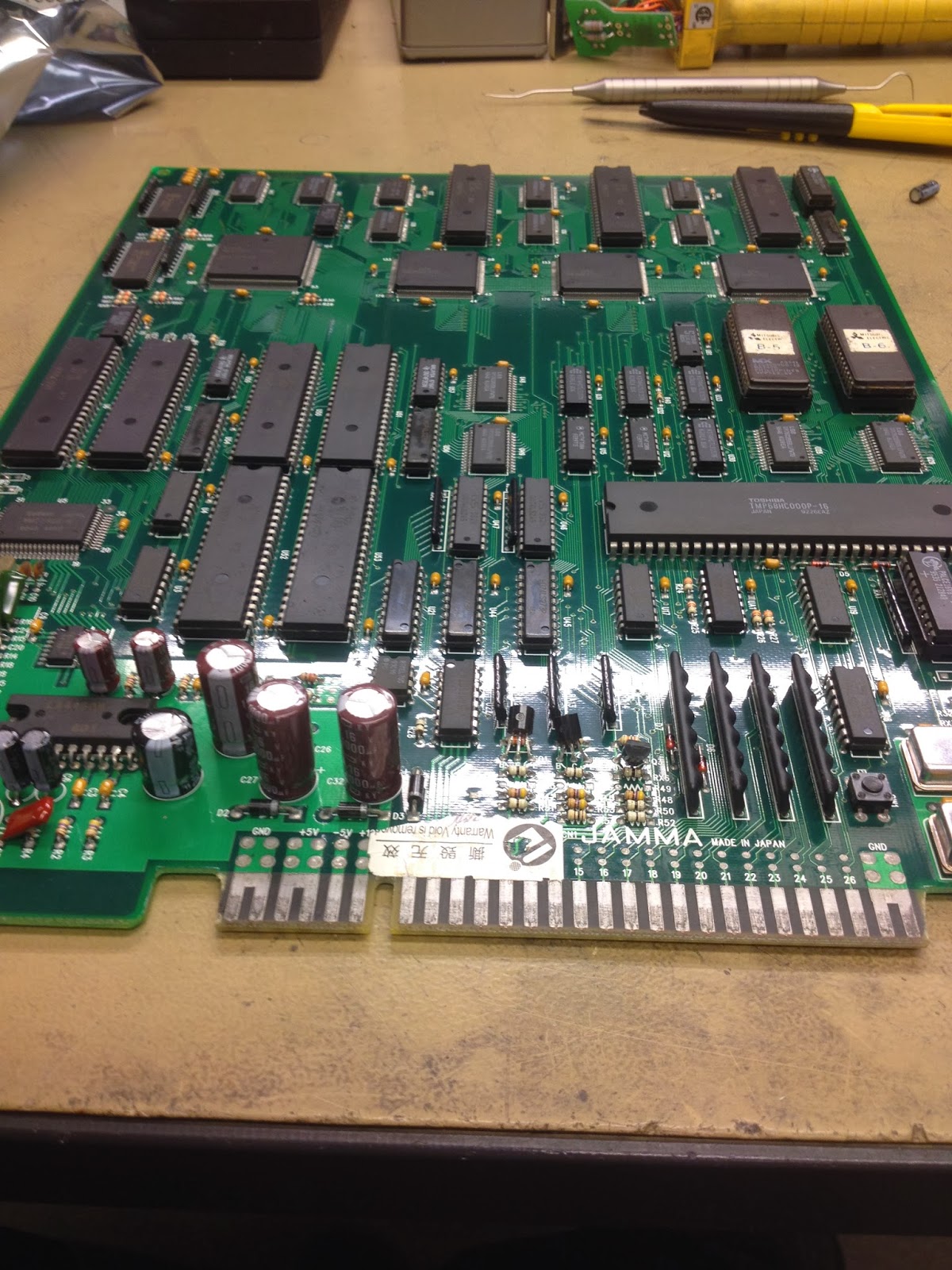 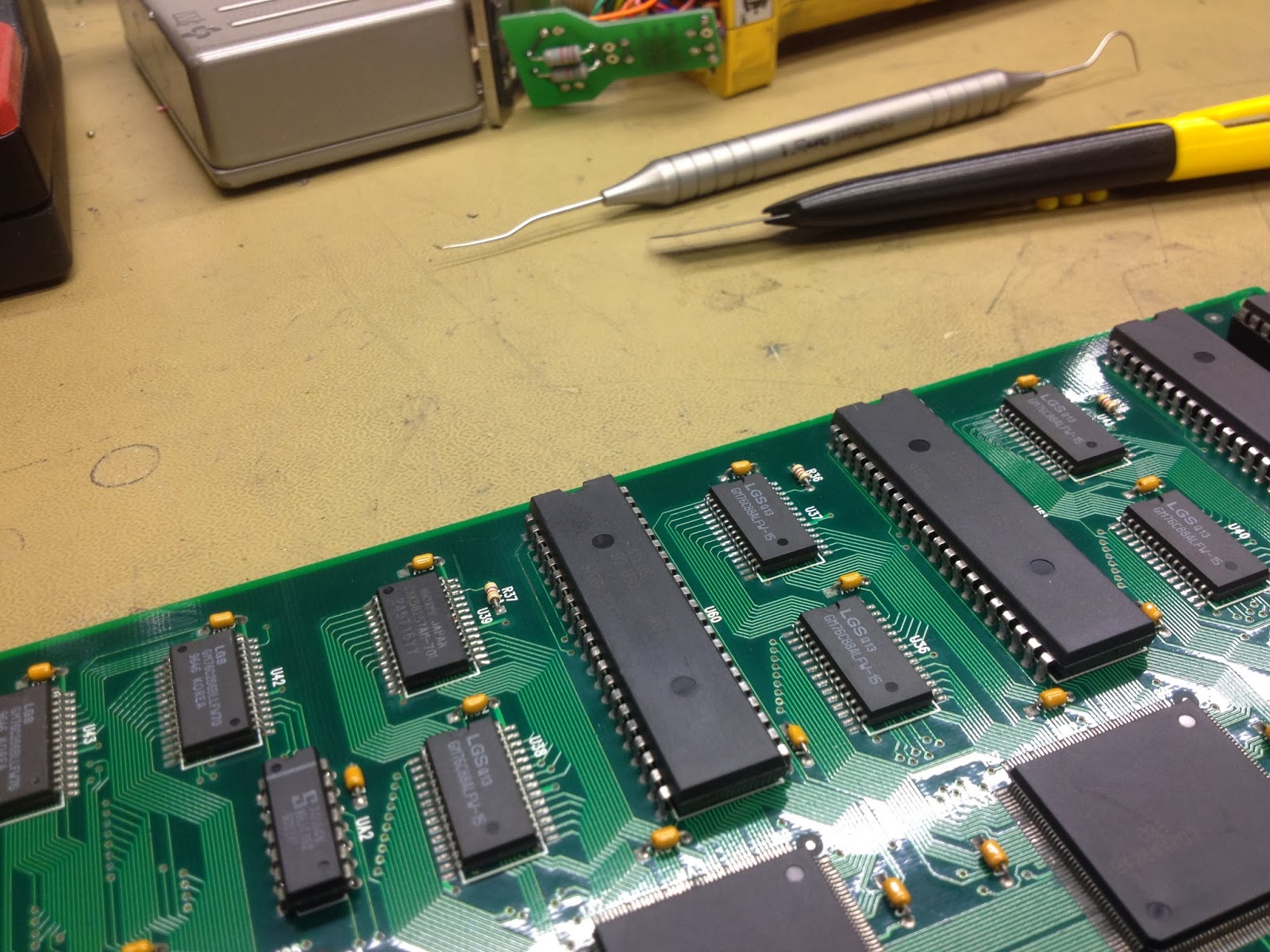 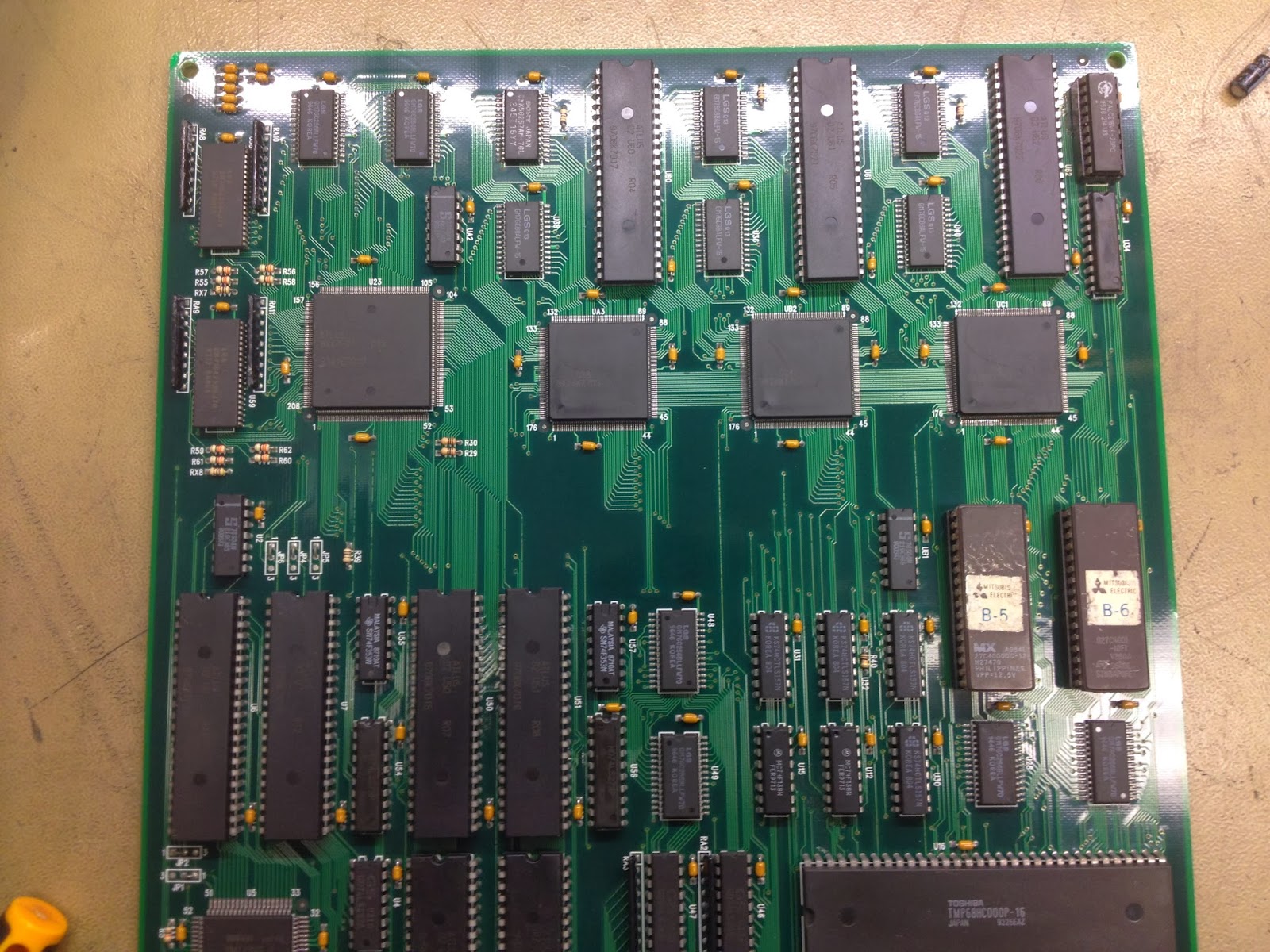 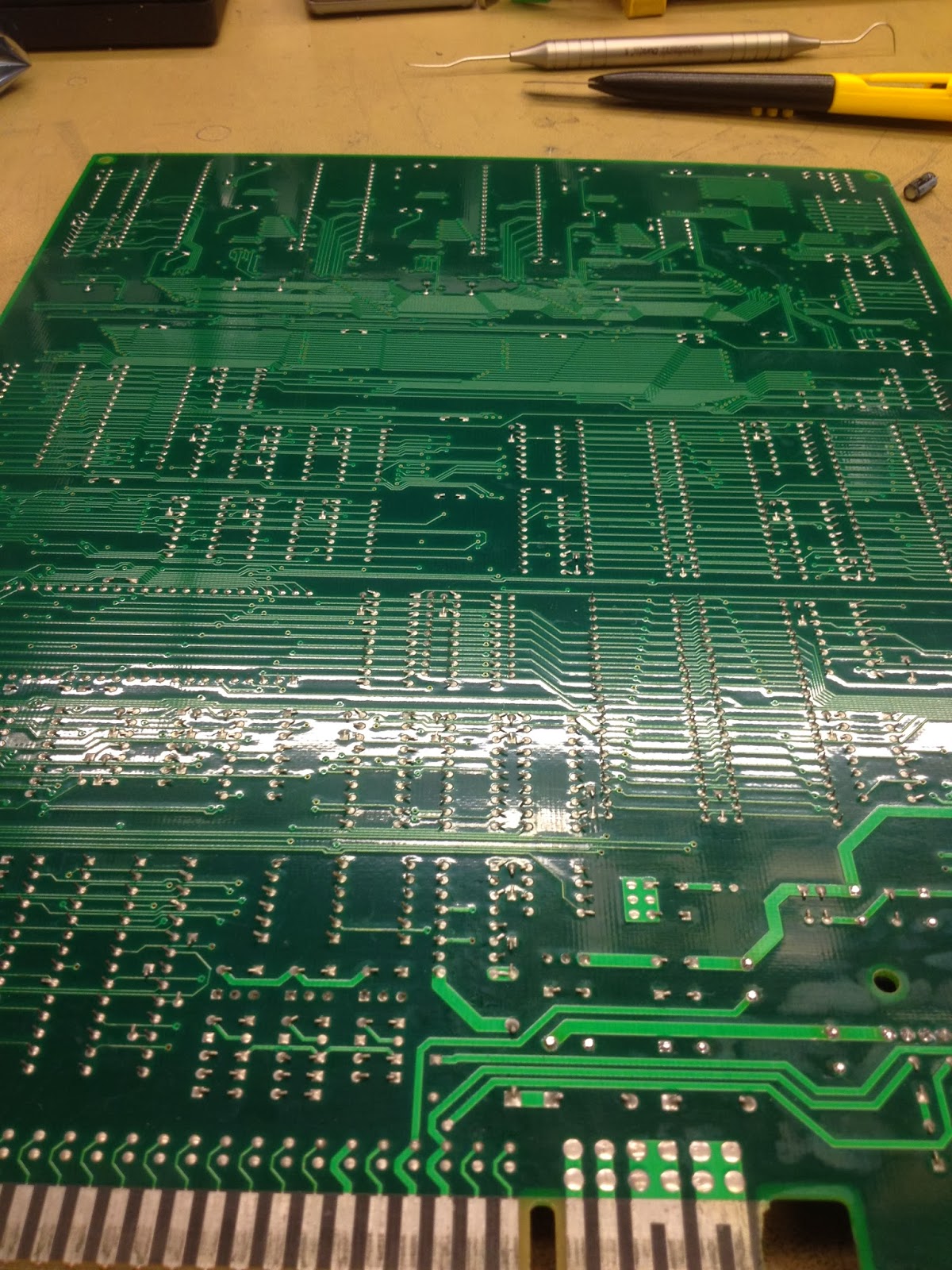 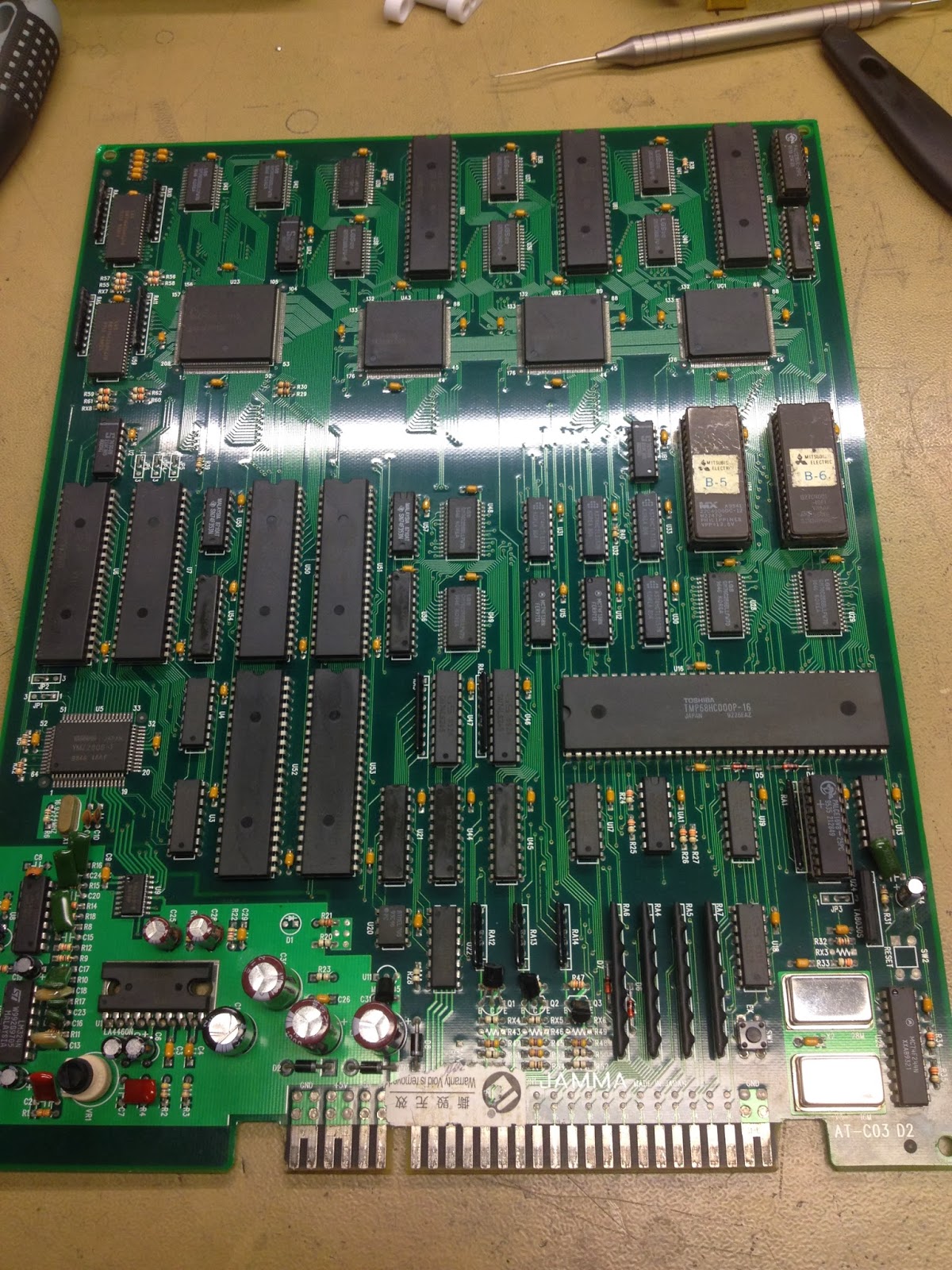 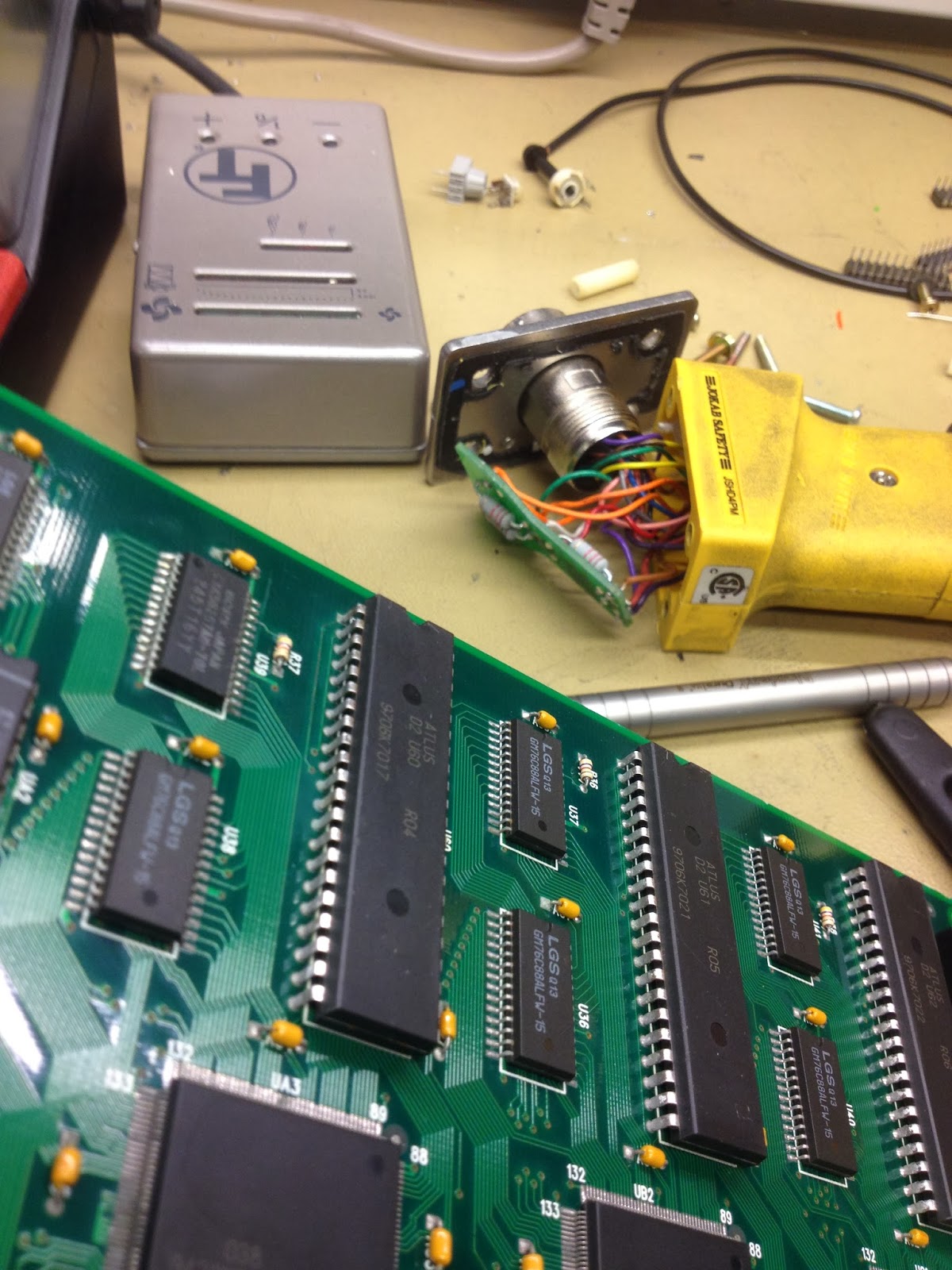 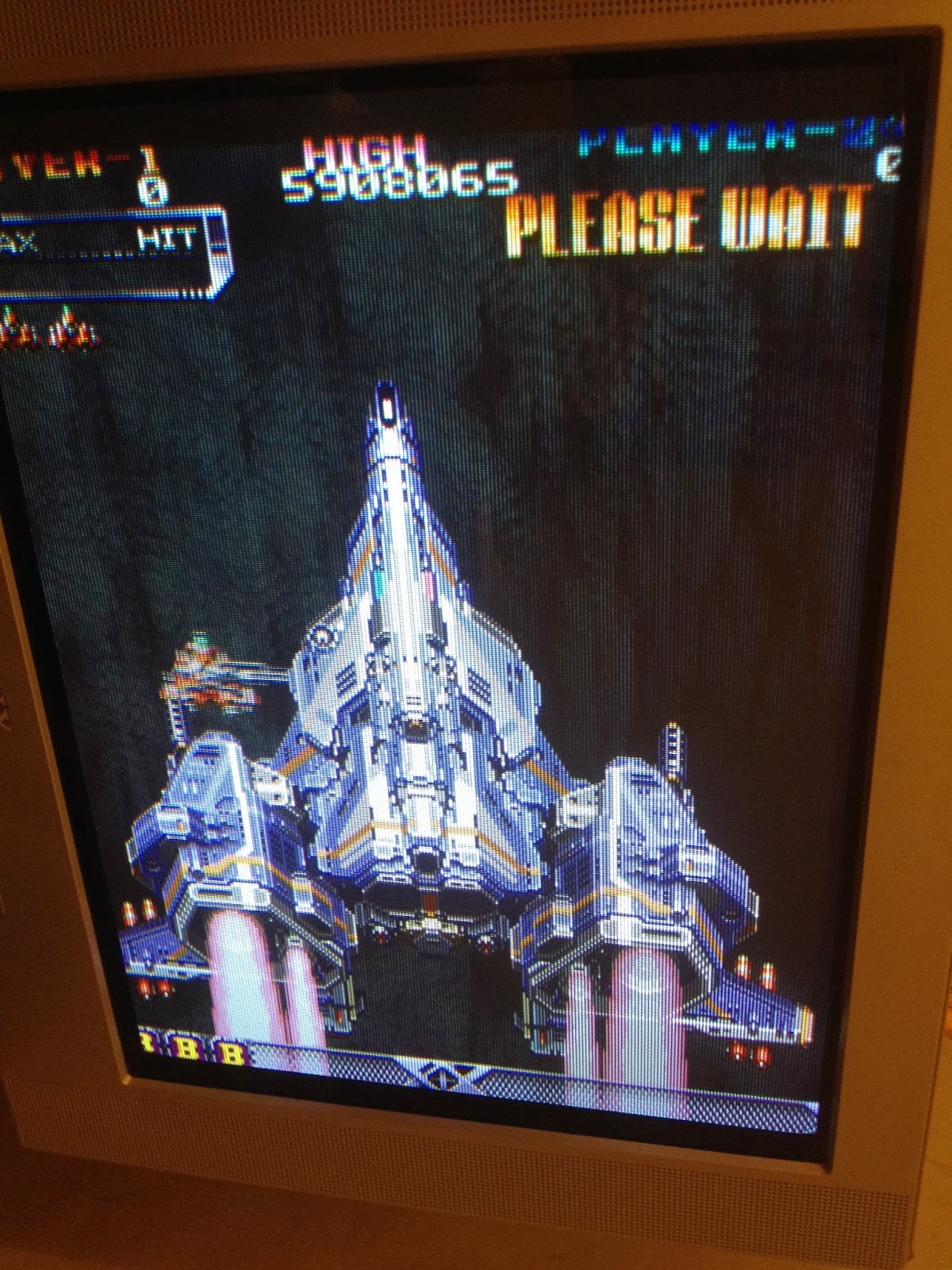 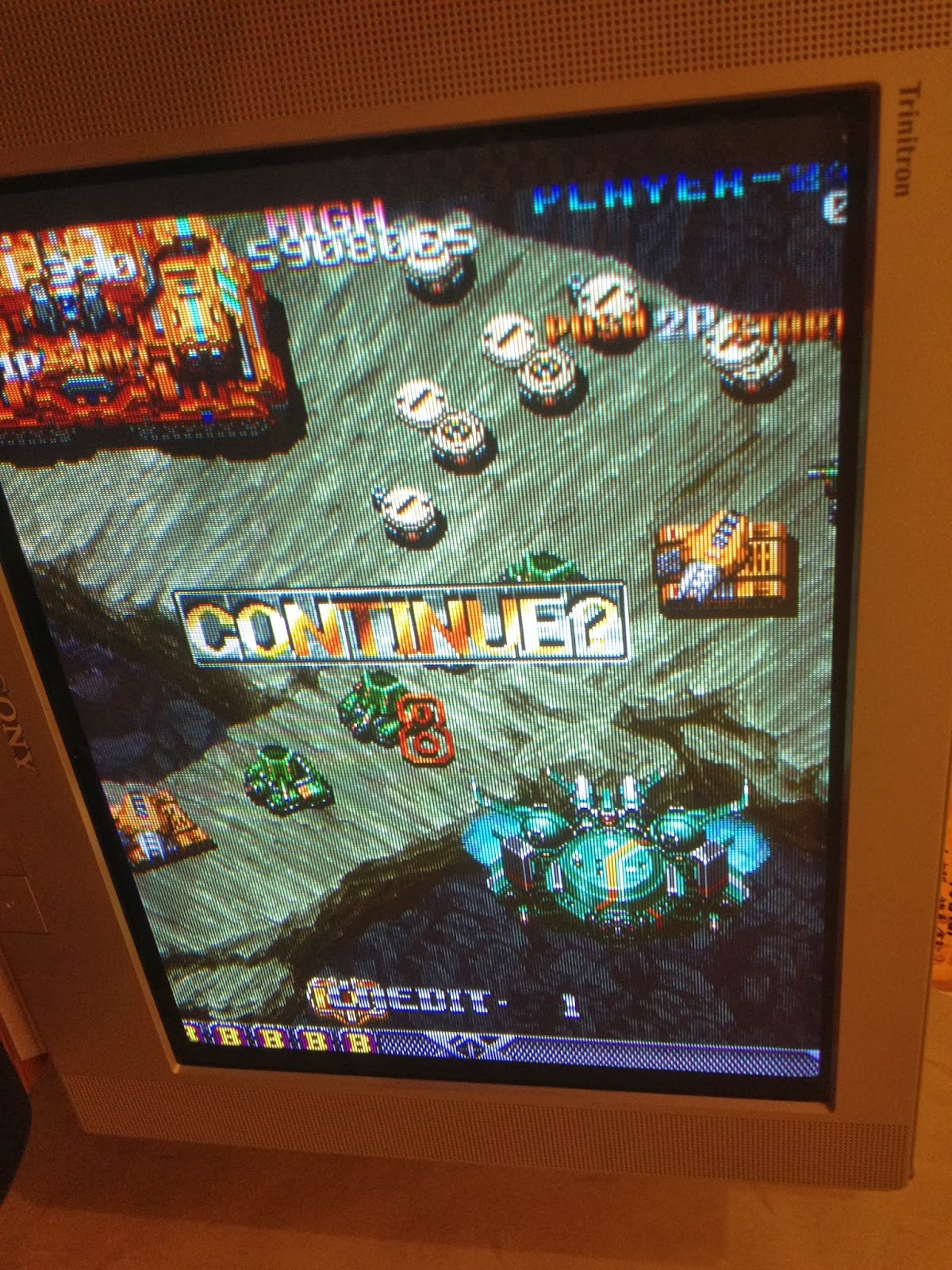 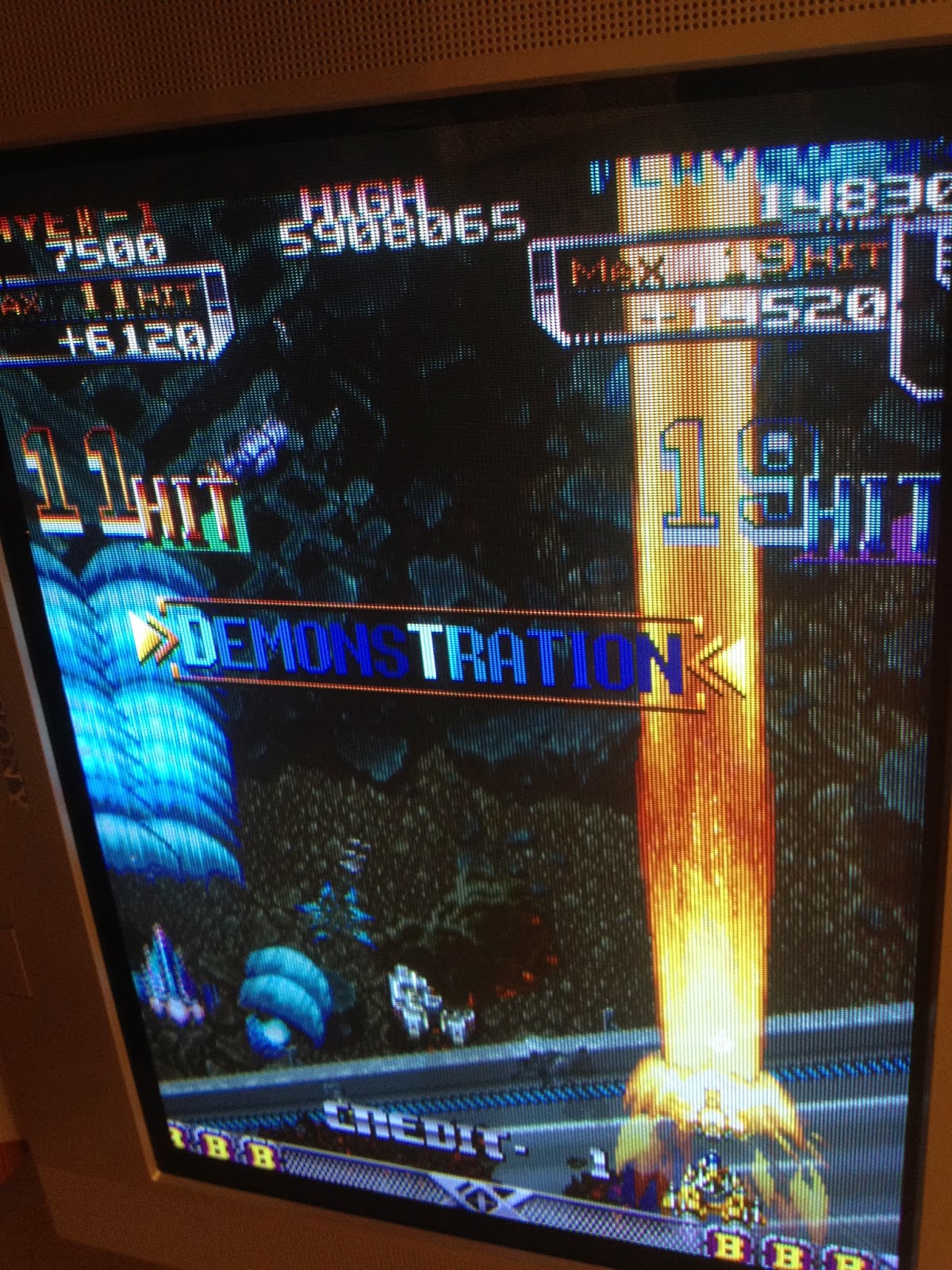